YALC is over, my weekend wrap-up is done and it’s time for the book haul (aka, the part that i know we’re most excited for). I had the goal this year of not getting that many books, and specifically only picking up books that i was excited for or had been on my list for quite some time. I can happily say that i stuck to one of those promises.

Okay i ended up getting far more books than i thought i would. Considering i tried very little for ARCs this year (literally i think i entered two raffles the whole weekend), due to me not being interested in the book or actually not bothered about trying, i came home with plenty of books to add to my shelves. 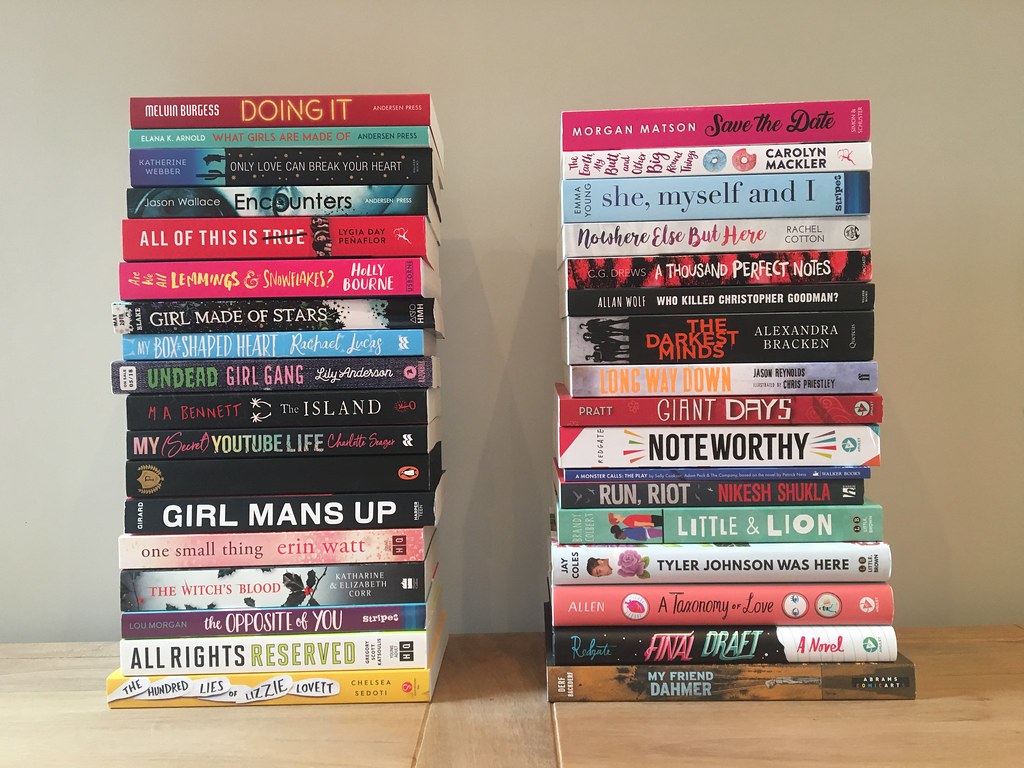 I actually feel so much better knowing i’ve paid for the books i truly wanted to read, instead of picking some up on a whim that i might never get around to. Me this year has learnt a lot from me last year. I started off picking up the books that i really wanted over the weekend. It mean’t that if they sold out during the weekend i’d already grabbed the ones that i truly wanted. Then obviously as the sales came around on Sunday afternoon i grabbed more books that i’d had my eye on but wasn’t desperate for. Everyone loves the Sunday sales at YALC and i feel like i really made the most of them this year.

I won’t ramble anymore, here are the books that i picked up at YALC this year:

A bonus section for you! I took my usual London trip to Foyles the day before YALC, and also went to the theatre to see A Monster Calls on stage. Obviously that meant that i picked up a few extra books before my YALC weekend even started. Do i regret it? Not in the slightest. Here’s what i picked up pre-YALC:

So that’s everything that i picked up over YALC weekend! I ended up coming home with more books than i wanted to, and my journey through the tube was a lot more difficult than i intended it to be, but at the moment they’re safe on my bookshelves and i’m going to slowly start making my way through them. I’m so excited about all of the books i’ve picked up and on that note, i’m off on a book buying ban!