The Taste of Blue Light was recommended to me by so many people it was hard not to pick it up. When Lydia got announced for YALC i knew that i should probably start this book sooner rather than later, and i’m really glad i didn’t leave it sitting on my TBR pile for long. 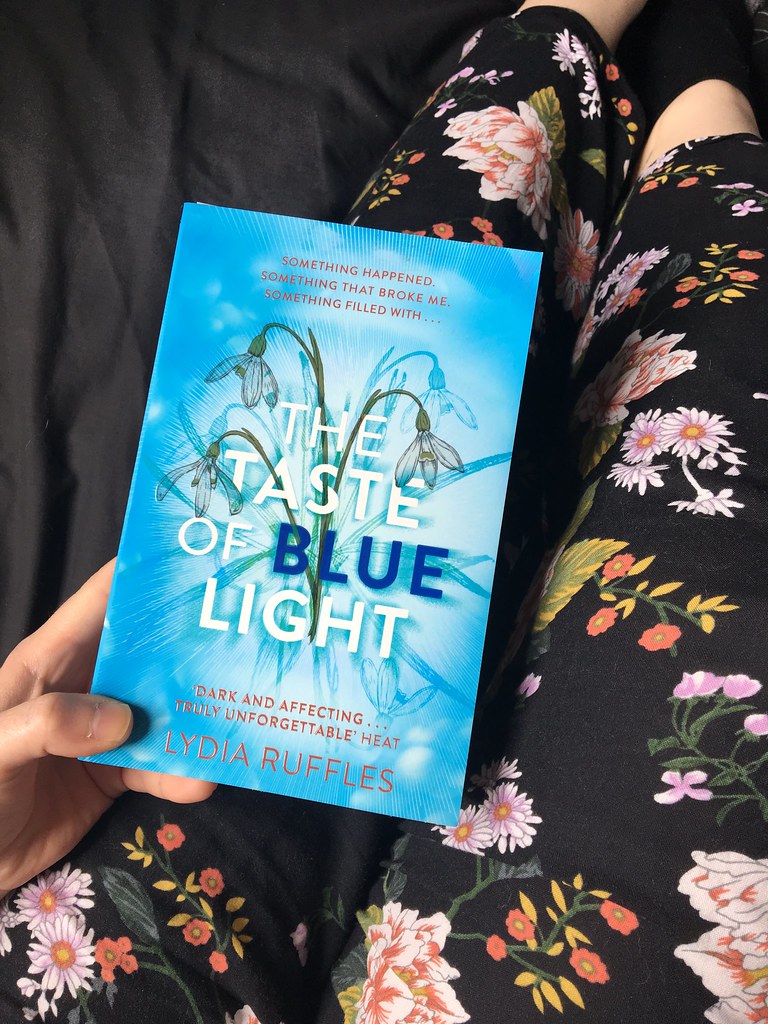 The story follows Lux as she tries to figure out just what happened to her at a party, why she doesn’t remember much, why she blacked out and why her anxiety and mood swings are getting so much worse. You follow Lux rejoin her school after a stint in hospital and watch her friends and teachers rally around her. This book discusses everything. Mental health, illness, friendship, family, relationships and self discovery. It has everything you could want in a YA novel mixed with a little bit of drama.

One thing i particularly liked about The Taste Of Blue Light was that Lux went to an arts school. This was a boarding school of sorts for creative student who are challenged more creatively than academically. I’m not sure if these places actually exist (my best guess is a no but i’ve not researched this), but i really enjoyed learning about how this school worked and the many different kinds of people you get attending somewhere like this. A lot of the book is taken up by teen drama and your general stressing about life as a teenager and i really enjoyed that. The dynamic really fit well.

As for Lux’s mental health, i thought it was a very good depiction of what life must be like after a traumatic event. She’s pushing everyone away (and she knows it) but doesn’t have any other idea how to deal with what she’s been through. It seemed very realistic and raw to me, and Lux really settled in to her own as a character and someone i didn’t necessarily trust, but was interested by. The side characters have a similar nature to them in the sense you’re very interested in what they’re like as people and they actually have good personalities for teenagers. Most of the time in YA i feel like the teenagers are given a very dry personality, but not with these ones.

The twist in the ended was a little less shocking than i hoped it would be, but at the same time it’s a great turn of events and Lydia wrote it incredibly well. So many times in novels you get the twist happen right at the end of the story where it’s useless, you want to know about what happens after the twist. With this book you do, and i really appreciate the added information in the last 50 pages. I wish i’d have been a little more shocked, but i’m putting that down to reading a lot of books lately with very similar themes and reveals.

Without a doubt i recommend you pick up The Taste Of Blue Light, i a stunned it’s Lydia’s debut novel and i cannot wait to meet her at YALC to talk more about this wonderful character based story. It’s truly a delight to read.

3 thoughts on “The Taste Of Blue Light by Lydia Ruffles”