For our second Book Club read, we chose Call Me By Your Name by Andre Aciman – a slightly controversial book that has hit the media hard in the last year due to the movie release. It’s a book that has been popular and talked about, and something that me and Sophie have both been wanting to read for quite some time. Call Me By Your Name is not the love story that I think either of us expected. 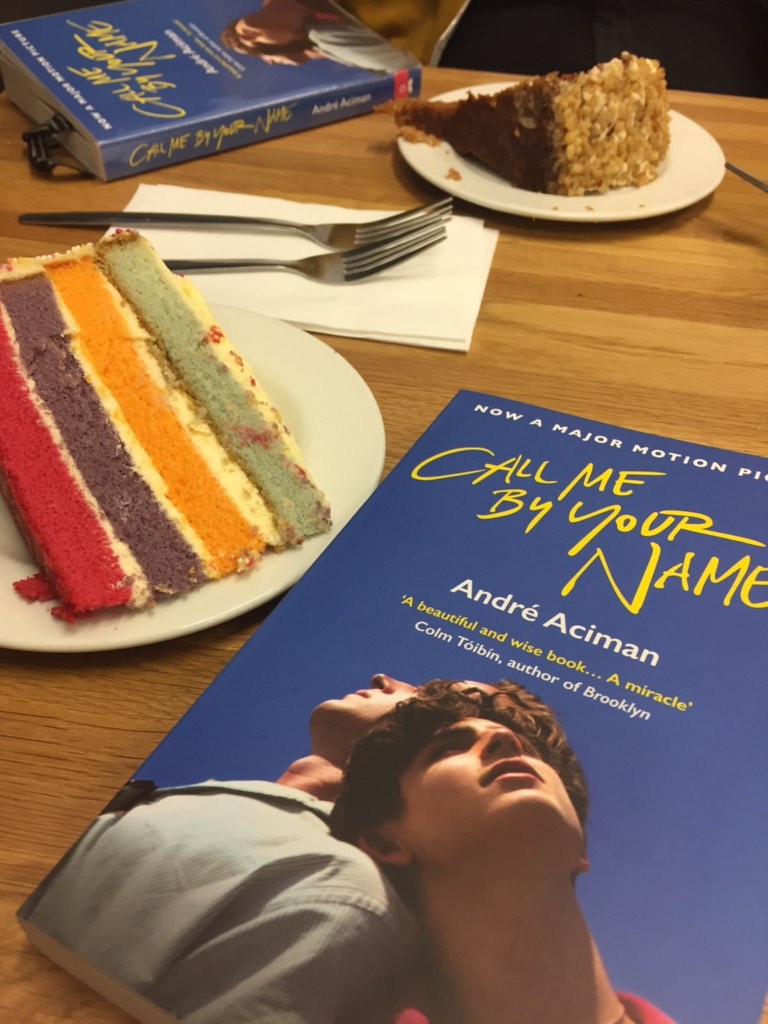 I really did enjoy this book in the end, and I was very excited to be able to talk about it with book club members on our third meeting. There were a lot of talking points that definitely sparked some interesting conversation. If you’re unaware of the premise of the book, the story follows Elio as his father recruits if you will, apprentices for six weeks each summer to work with them in their home in Italy. On this particular summer, Oliver, a twenty-four year old man arrives at their home. The story continues to follow Elio’s obsession with Oliver as he falls in love (or lust) with him. That is open to interpretation.

My big thing regarding this book is that it has been marketed as a great romance story, and in no way did I find this romance. To put it bluntly, Elio is an extremely sex driven teenage boy who is lusting after Oliver, and actually forms quite an obsessive relationship with him. I cannot fathom still how this book is set out as a romance novel when it’s very clear Oliver has some kind of interest in Elio – which could only be sexual, but also ignores him most of the time they’re together. There is absolutely nothing romantic about that. We discussed this quite a lot at book club, and interestingly the females that were present said they could not relate to this relationship or the obsession, whereas the males said they could. Maybe this is something that can be stereotyped in to male and female same sex relationships.

We also had a lengthy discussion on the role of females in this book and the sexuality of the two main characters. I had been under the impression prior to reading this (Sophie had too), that Oliver and Elio were two gay males, however there is a lot of bisexuality representation in this book, that honestly is greatly appreciated. There is such little rep for bisexuality in fiction, and this was the last place I thought I’d find it. This stems from the idea that Oliver and Elio are both dating/seeing/sleeping with women at the same time as each other. This poses a lot of other questions obviously, however they both express love and sexual desire for the opposite sex. At one point Elio even makes a nod to wanting the female body as much as a males. This is one of the most interesting parts of the book for me and quite a lot of people seemed to question Elio’s motives. Someone at book club made comment to Elio sleeping with a woman to try and hide his feelings for Oliver, to pretend he wasn’t gay, but I personally don’t think this is the case at all.

One of the things that I think everyone seemed to struggle with was the language used in this book. Everything feels a little pretentious and ‘wordy’ for lack of a better word. Sophie has made comment a few times about being able to skim read a lot of the book and it not effecting the way you understand it, and everyone agreed that this was the case. I definitely skim read some of the pages where Elio is talking about how much he loves Oliver, it became boring and repetitive.

The scenes that were the most difficult to skim over were definitely the more sexual scenes. It comes across in the book that Elio is a little strange on the way he views things and talks about things. There are some questionable sexual acts between them both, and we discussed at length the term ‘call me by your name’ and its relevance to the book. We figured it is meant to signify the fact they feel like they are so close they are basically each other as well as themselves. At one point, Elio quotes the line from Wuthering Heights, ‘He is more myself than I am’ which mirrors this thought. Most people at book club also felt calling a partner by your own name would be uncomfortable and feel quite unnatural.

Our May book club pick is Aristotle and Dante Discover The Secrets Of The Universe by Benjamin Alire Saenz! It’s one of mine and Sophie’s favourite books and we’re very excited about sharing this with everyone at book club. I cannot wait to hear what people think of it. Our next meeting is on the 7th of June in Chapter One Books, Manchester. Come join us if you can! 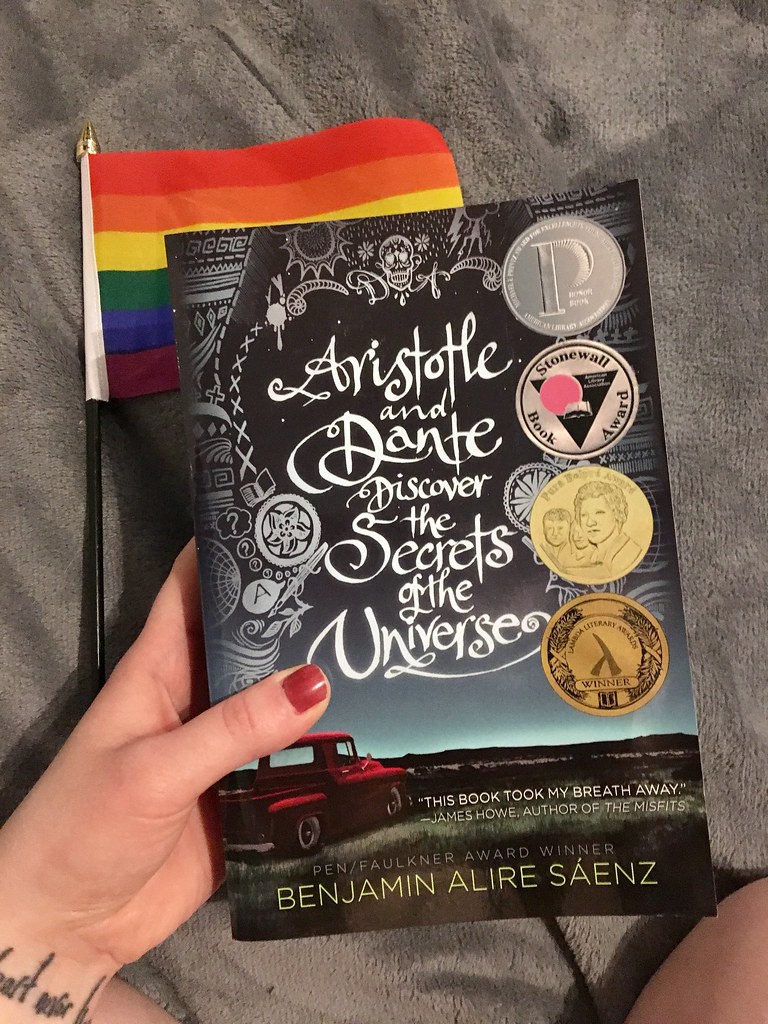