On Saturday the 24th of March i attended the NYALitFest in association with UCLan and Waterstones – i attended this Sophie-less because obviously she’s ill at the most inappropriate of times. The event is in it’s first year this year and was created in order to celebrate the launch of their BA in publishing at the university.

I didn’t really know what to expect from this event, it crept up quietly and the way the tickets were run seemed strange to me. There were four panels to attend and you had to get a ticket for each one of them to be able to get in to the panel. I wasn’t really sure how this was going to work because i presumed it would be all in the same room and you can’t make people leave and keep coming back in half an hour intervals (upon looking back, this didn’t work probably as best a they hoped it would).

The actual event consisted of panels, signings, an onsite Waterstones, a publishers table (ARCs, swag etc), the UCLan Publishing table where you were given the opportunity to buy books that UCLan themselves have published, and also a few independent businesses (such as my pal Rebecca who owns the Etsy store Taken Moons). The stalls were open all day throughout the panels, and everything was in one room all together (there was no getting lost or confused).

The one thing i really appreciated about this event was the interaction with bloggers and independent businesses. They spent a lot of time and effort on focusing on the bloggers that attended and what the bloggers would do for them in a partnership. This was so refreshing and feels really great to be apart of something like that. 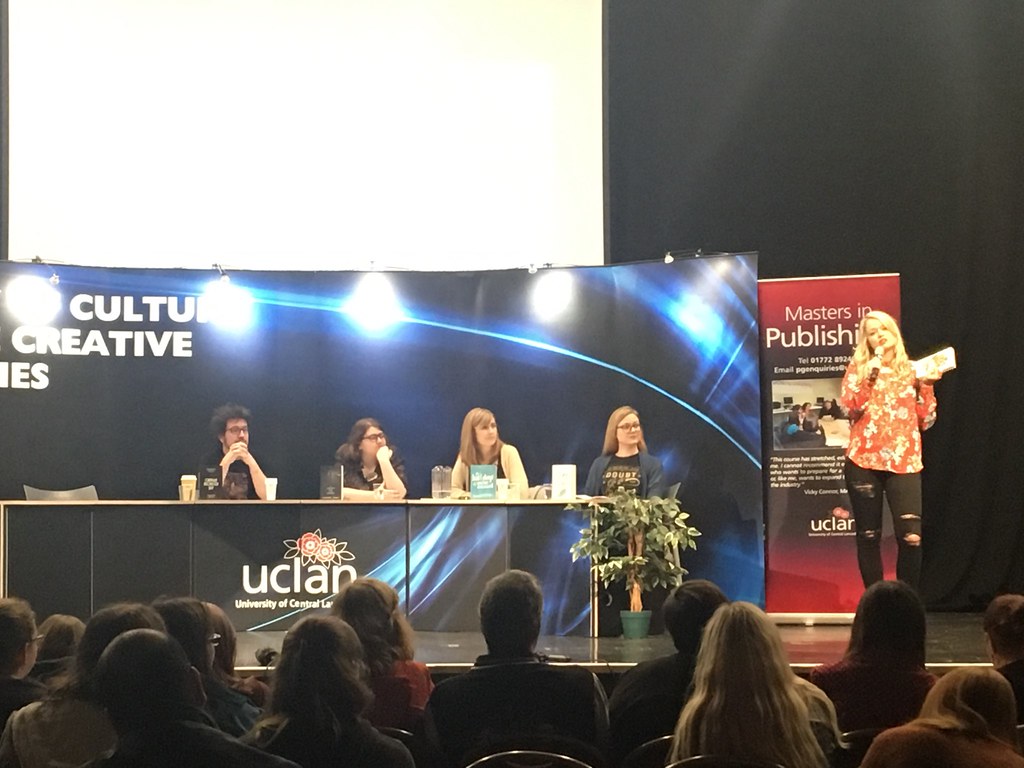 Talking about the panels themselves, they were all incredibly interesting with some great authors attending. The first panel was Getting into Publishing – which was hosted by Blue Moose publishing. It was pretty interesting to hear the different ways a few authors got their books published and some insight into the numerous ways out there it can be done. The second panel was probably my favourite one; Feminism in YA. This was the main reason i ended up coming to the event i think. Lauren James was on this panel and i always love listening to her talk about her books and what feminism means to her. She’s really great to listen to. There were some great ideas on this panel and everyone got a great conversation going. The last two panels of the day were Alwyn Hamilton discussing her Rebel of the Sands trilogy (i could listen to her talk for hours so i loved this) and Holly Black talking about The Cruel Prince. They definitely appealed to the most fantasy readers, but it was interesting to listen to these wonderful authors talk passionately about their books.

In between each panel there were signings. All the authors in attendance signed their books and the atmosphere was so relaxed it felt like you weren’t getting rushed. It was one of the few signings i’ve been to where it feels like you’re not getting moved on right away – all we want to do is talk about books! I’m guessing this will change in the next few 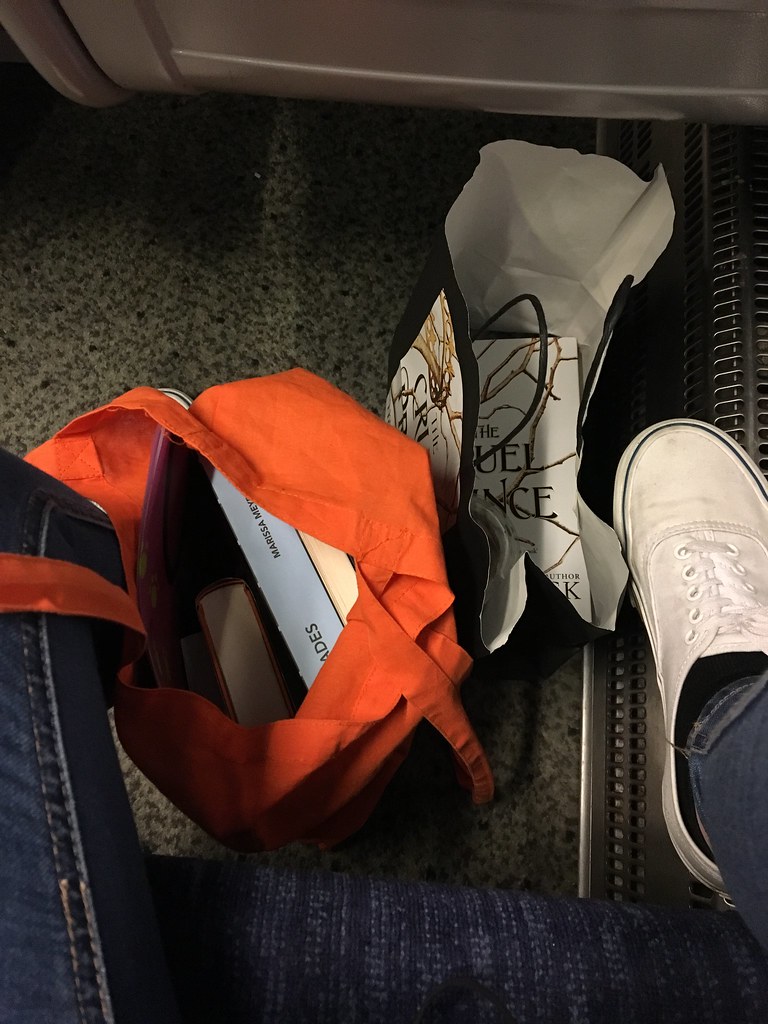 years as the event starts to get bigger and more well known.

I picked up some great ARC’s whilst i was there, so a massive thank you to the publishers that sent them for us bloggers! I was pretty impressed with some of the publishers and authors that got involved with this event. And it felt like a very successful bookish day and i was very happy with the haul that i took on the train back!

There are definite things that could be changed and improved on for next time. The queuing systems were a little disjointed, and maybe a few less digs about YALC in a room full of people who clearly all attend other YA book events. I’d also like to see more of a focus on YA. Whereas all the authors attended were YA authors (and great ones at that), it felt as though the books they were trying to sell to us from their own publishing house were not the books for us. Know the audience a little better maybe.

Overall i really did have a great time at this event. It was chilled out, really cheap – because tickets were free the only money i spent was on The Cruel Prince, and focused a lot on bloggers. I also got to spend time with loads of bookish friends that i barely get to see! Nothing like a con day to pull you all together. I’d love to see it come back next year bigger and better. It’s true that i think we need some kind of YA book event in the north, everything seems so down south at the moment and focuses on London-based authors, hopefully this will be able to take over the north side in the coming years.

3 thoughts on “Northern YA Literary Festival”