Love, Hate & Other Filters is a book that’s been on my radar for quite some time. I spent a lot of time being jealous of people in the U.S. that were getting the release before us, and anticipated the U.K. release for a long time. I started to read it pretty soon after its U.K. release. 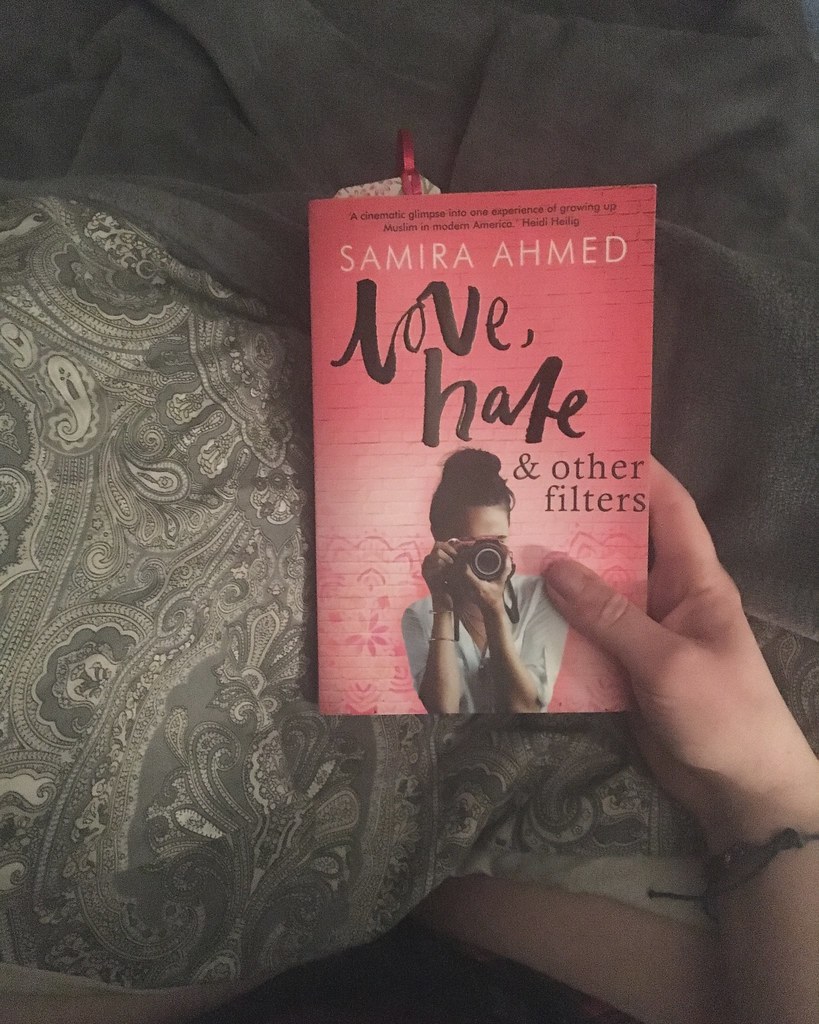 Admittedly i went in to this book with high expectations. It seemed as though all the reviews hyped up a very traumatic and raw story that followed terrorism, it was wildly talked about as a YA novel that encompassed an important message. I didn’t get much of that at all.

First of all, it took an incredibly long time for the story to seemingly start. We follow Maya and her extremely religious parents who expect her to follow Muslim practices, however all Maya wants to do is study Film in New York and kiss a boy. She’s had a crush on Phil, a classmate of hers for years, but when her parents attempt to set her up with someone, that also is tainted. For the first one-hundred pages, i thought the terror attack would be present in the extremely short book. However, the focus was on the love triangle that Maya was stuck in the middle of.

Not only was the focus of the book way off for me, i also found the characters to be extremely unlikable. For seventeen year olds, the teenagers felt incredibly young and immature, they were not equip to deal with what was being thrown at them. I found Maya’s parents to be the best part of the story because they were easily the most realistic.

I did however like the additions of the terrorists life at the start of each chapter. It was something i was not expecting and it did make them seem a little more human. It brought the book together and meant that the actual theme of the book was discussed way more than it would have been without it. This addition did make the book readable for me.

I really expected a book that would highlight some of the world issues at the moment, that’s what i was looking forward to. I figured this would be a great opportunity to discuss current life in America from a teenagers point of view. That’s not really got delivered. If i wanted a story about teenage romance i probably would have loved this book. But as i had high expectations considering the reviews it has i was a little disappointed with how it was executed.