I don’t know how long i’ve waited to read another book by Benjamin Alire Saenz, but it’s been an incredibly long time. I feel in love with Aristotle and Dante Discover the Secrets of the Universe when i first read it, and it’s still one of my favourite books today. When i heard about The Inexplicable Logic of My Life i knew i had to pick it up as soon as possible.

I figured this book might have been a good way to kick off reading in 2018. I knew i’d love it. I didn’t know how much i’d fall in love with the characters and their dynamic with each other. I had known starting this novel that Benjamin writes incredibly real and raw characters, ones that i could connect with and adore. But i really think he 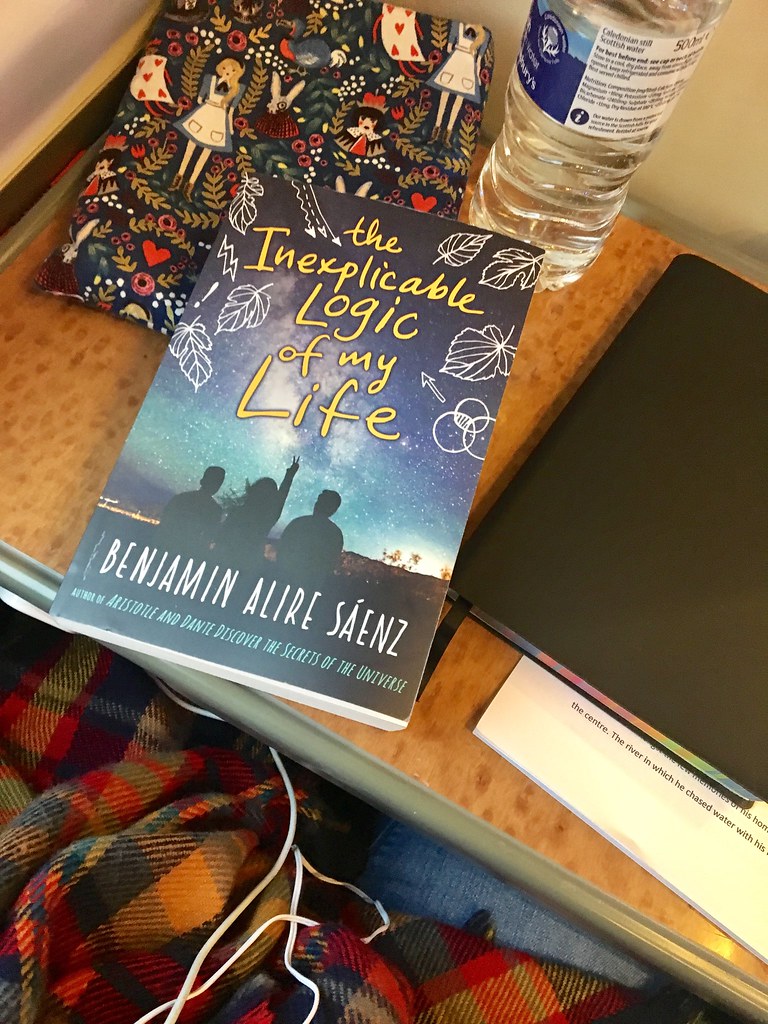 excelled himself writing this latest book.

The story is based around Sal. A young boy who’s going through a bit of a ‘rough’ patch turning from teenager to man. He has his close family and his best friend Sam to lean on. As the story develops you get more and more insights in to these characters and what makes them tick. They have incredible back stories that are so well thought out to the people it would make them be today. In particular i fell in love with Sal’s father and Sam. His father is a gay man who in the story is learning how to cope with a son who is growing up, family life and his own love life. Seeing him through Sal’s eyes was an interesting twist which also saw a lot of character growth from Sal.

Sam is someone who i connected to instantly. She’s a bit feisty and a bit loud, but soon turns in to a wonderful young woman who calms and sees the importance in people and situations. She’s still feisty and loud and a little rogue in the end, but she fills out in to this wonderfully raw human being you could imagine being friends with. The dynamic of her friendship with Sal and Fito (their other best friend) is my new favourite trio in YA literature.

There’s never a great deal to say about Benjamin’s stories, because his work is so character based. Not much happens in reality, but the characters make four-hundred and fifty pages seem like a breeze. He writes such intense and real scenes it’s hard not to see it played out as a movie in your mind.

At first i was skeptical of this book. I didn’t think i’d love it as much as Aristotle and Dante or connect with it as much. However, The Explicable Logic… covers some intense themes of death, loss and includes a lot of LGBTQ+ people that it’s hard not to love it just as much. I feel like so much is crammed in to these stories that you come away a little lost.

Without a doubt i adore this book just as much as the first i read from Benjamin. I’m unsure if i would continue reading from him, as i have a feeling his work might start to feel very similar after a while. But for now i’m going to revel in the fact i’ve found a new favourite book for my first read of the year and think about how much i adore these characters that i’ve just met.