Big authors are constantly talked about on book blogs, Twitter accounts and YouTube, and there is very little room for some underrated but also known authors it seems. During Blogmas i want to highlight a few of the authors that i absolutely adore that i feel are incredibly underrated. The first one i would like to talk about is Kass Morgan.

Many people know that Kass is the author of The 100 series, a lot of this comes from Channel 4’s adaptation of the story in to an ongoing TV series. The stories she writes are centered around a group of young people that have crash landed on Earth in order to find out if it is inhabitable or not. The novel follows four of those characters, changing character points of view per chapter, and takes you through the time they’re figuring out how to survive. The series now has four books to it.

I first picked up The 100 when i found out about the TV series, thinking i’d get around to reading it before watching. However, that didn’t happen. It sat on my shelf for a year or two, and only did i have the push to read it when Kass Morgan was announced to attend YALC 2016. I was on the hype of reading as much as humanly possible before YALC, so i made sure to pick up the first novel in the series, now being aware there were a few after it.

There is not a sci-fi book in which i devoured faster. I read the whole thing in about two days, which for me is incredibly quickly, and it became one of my favourite books of all time. My love for the story and characters only heightened when i met Kass at that years 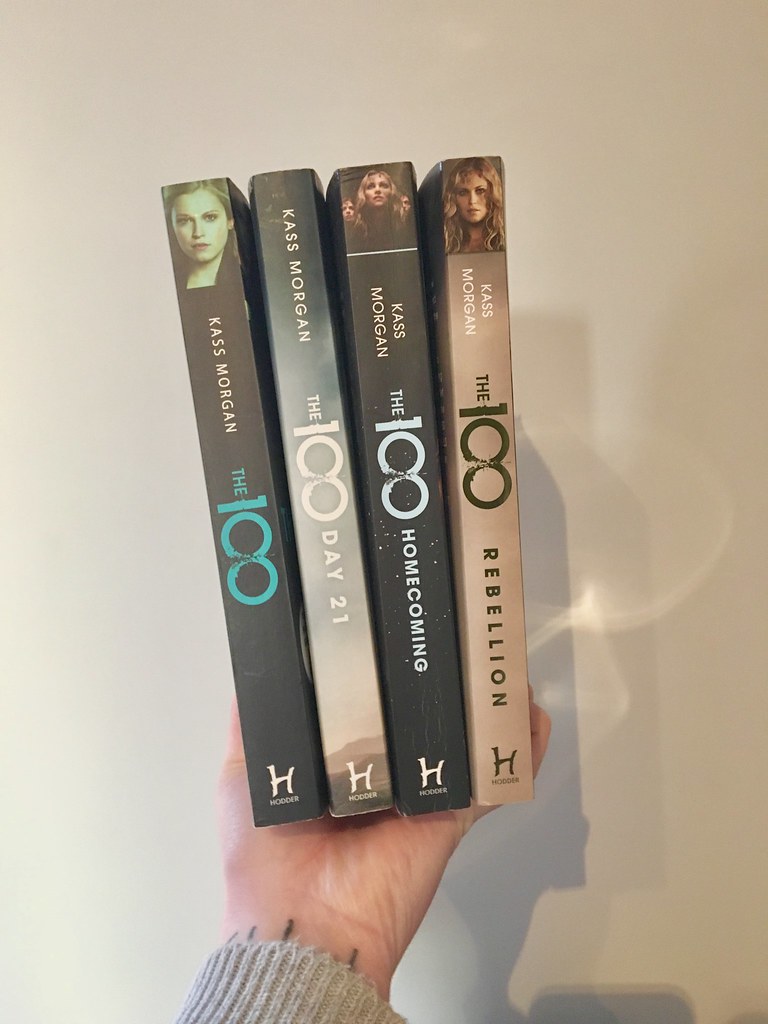 YALC and then read the next books in the series.

In no way am i saying that the writing of these stories is the best i’ve ever read. They are written very ‘classic YA’ like, and i know that’s a massive downfall for some people. But that for me encases how much of a safe read they feel. How quickly you can get through them and how much you have to focus on the characters. Kass seems to write incredibly strong characters that are so very different from each other. I fell in love with each of them for completely different reasons and took them away from the expectations the TV series gave me.

She also incorporates diverse characters in to the mix, which i feel like Kass is not given enough credit for as an author in this crucial time for YA specifically. There is a lot of focus at the moment on diversity within YA and what is important to expose young readers too. Kass creates characters with different backgrounds, sexuality and cultures without it being the forefront of them as a character. I absolutely love that about her writing and without a doubt she should be acknowledged for creating these characters within an already complicated story-line.

Kass managed to get me excited about a genre that i never would have imagined i’d be excited by. She is easily one of my most underrated authors and one that i think everyone would love given the chance. Check out her The 100 series on Amazon* and let me know your thoughts on Kass Morgan.