I didn’t have high hopes for any Lauren James novel after i read The Next Together and spent a lot of time afterwards disliking it. But, when YALC rolled around this year and by far The Loneliest Girl In The Universe was the most talked about book, it was difficult not to pick up a copy eventually. It seemed to have an exciting premise and i was in the hope that i connect with the writing a little bit more as she’s gone on to write more novels. 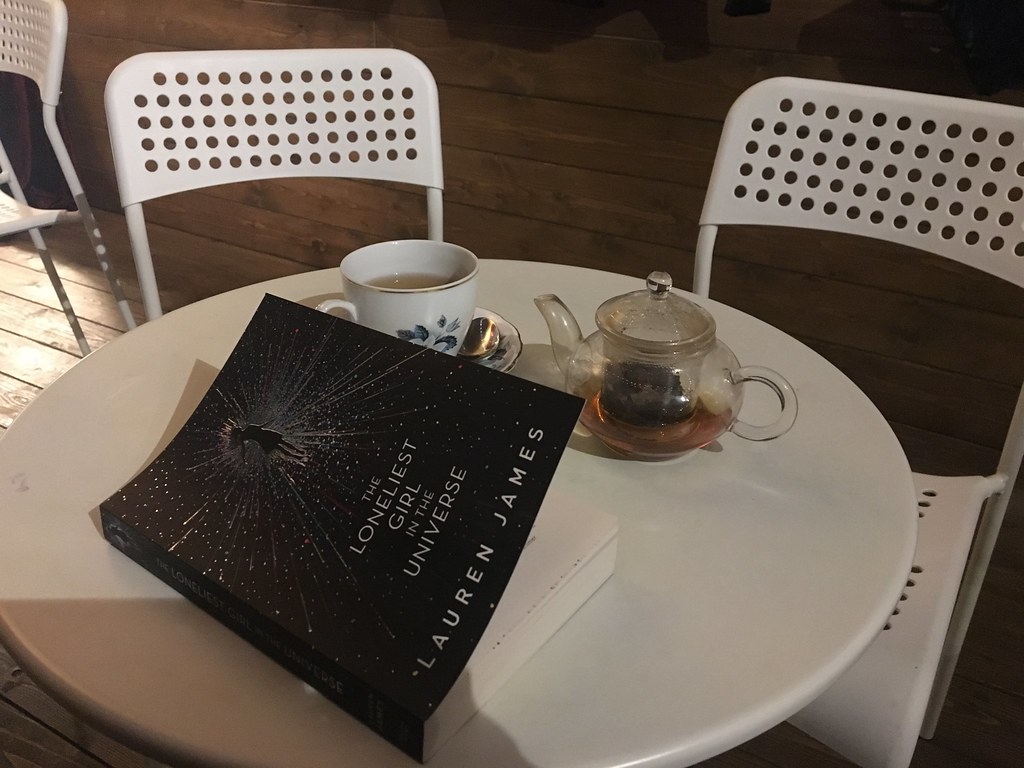 Title: The Loneliest Girl In The Universe

Summary: Can you fall in love with someone you’ve never met, never even spoken to – someone who is light years away?

Romy Silvers is the only surviving crew-member of a spaceship travelling to a new planet, on a mission to establish a second home for humanity. Alone in space, she is the loneliest girl in the universe until she hears about a new ship which has launched from Earth – with a single passenger on board. A boy called J.

Their only communication is via email – and due to the distance between them, their messages take months to transmit. And yet Romy finds herself falling in love.

But what does Romy really know about J? And what do the mysterious messages which have started arriving from Earth really mean? Sometimes, there’s something worse than being alone..

That sentiment was definitely true with this book. I enjoyed her breezy writing style a lot more in this novel than i did in her previous, and i seemed to connect to the writing a lot easier. I even sped through the first part of the story. I did have a few issues with some of the writing, it felt slightly childish in parts and there were definite parts to the story that i was not keen on (aka, boys not admitting to having any feelings). I’m trying to put that down to the character themselves and not a very warped view of the world.

I found the characters to be quite filled out and well rounded. The reader gets quite a lot of information about Romy and J early on in the story, meaning we see them grow as people and get to know what their actions are going to be and what’s leading them to do it. The amount of background information we got about the characters’ past was perfect. I really enjoyed hearing about Romy’s parents and how it came about that they were in space.

One thing i was very wary of going in to this novel was the very limited setting. When characters are thrust in to one place and one place only, i feel like it can be difficult to hold the audience attention for a long time because there’s no outside influence to control their action. The Loneliest Girl In The Universe has easily been one of the best novel’s i have read with such a small setting. The story was filled out with experts of emails and messages and it made the whole thing a lot more digestible.

Overall, there were small niggles in the story that i found very unbelievable (although yes, i’m aware the whole story is unbelievable), and some things i completely did not agree with. However the writing has improved massively from Lauren’s first novel and the characters are some of my favourites from this year. It had aspects to YA i wasn’t expecting and a lot more action than advertised.