I received an Advanced Readers Copy of Blackbird i exchange for an honest review.

I’ve had my eye on ND Gomes as an author for quite a while. Dear Charlie was her first release last year, and i always found it had an interesting story-arc. When i released ARC’s of Blackbird were circling, i jumped at the chance to grab one. 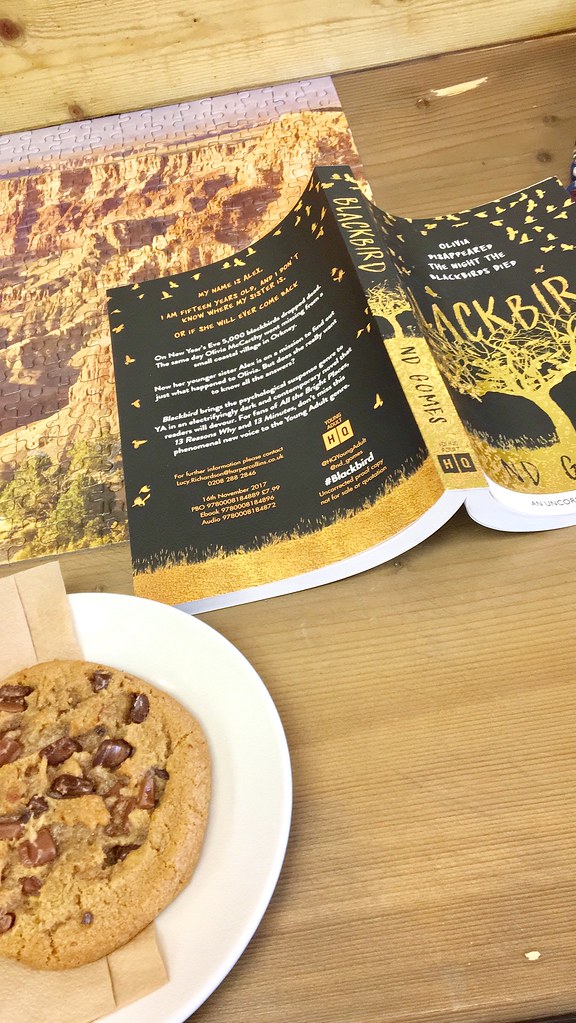 Committed to finding out what happened to her sister, within the previously safe walls of their subarctic Orkney village, Alex knows that dishevelled, sometimes intoxicated Detective Inspector Birkens is her best shot.

Yet as they uncover the secrets behind Olivia’s last night, Alex starts to find things she may be better off never knowing…

This story was quite different to what i expected. From the summary, i took it to be somewhat of a dystopian novel with the description of dead blackbirds falling from the sky. However, that’s not what i got at all. Blackbird is heavily based upon the death of Olivia, Alex’s sister on New Years Eve. It follows Alex and her family trying to find out what actually happened to Olivia and who was involved in her life at the time.

The one thing i was extremely disappointed about was the lack of information about the actual blackbirds. The comment was made right at the beginning, and then not again throughout the whole book. I wanted a lot more focus on these thousands of birds dying and their significance to the story. I’m sure they do have some kind of significance, however i didn’t get it at all.

Blackbird itself i found to have quite a cliche story of attempting to figure out a murder. I’ve not read a whole lot of crime or mystery stories, but i feel like i’ve read a very similar story before. I found the ending to be quite disappointing, and the mystery of the story (which supposedly was the whole story) was wrapped up pretty quickly once it was revealed. I found it very cliched. It was very character based and i enjoyed the development of the characters and the way Olivia’s family were wrote. The reader definitely can identify the spiral of grief in the family, and this was easily the most interesting part of the novel.

Each chapter is titled by the date being played out. So this novel takes place over January after Olivia’s death. However there are two chapters within the story that are from Olivia’s point of view on the night that she died. These were really interesting chapters that i enjoyed immensely. I really wish there were a few more chapters of Olivia’s dotted through the novel, i feel like they would have had much more of an impact and it was interesting to get an actual voice from a character who dies right at the beginning.

Without a doubt i will be picking up Dear Charlie in the future as the writing of Blackbird was very easy and it was an enjoyable read. However, i don’t think it will ever be my favourite book and i don’t think i’ve found a new favourite author.

One thought on “Blackbird by ND Gomes – Review”