I want to start off by saying that Alex Approximately was my most anticipated novel of 2017. Ever since her debut in 2015, i fell in love with her breezy writing style and fun characters that you could fall in love with whilst they fell in love. All of this added up meant that i definitely was excited for her second release. 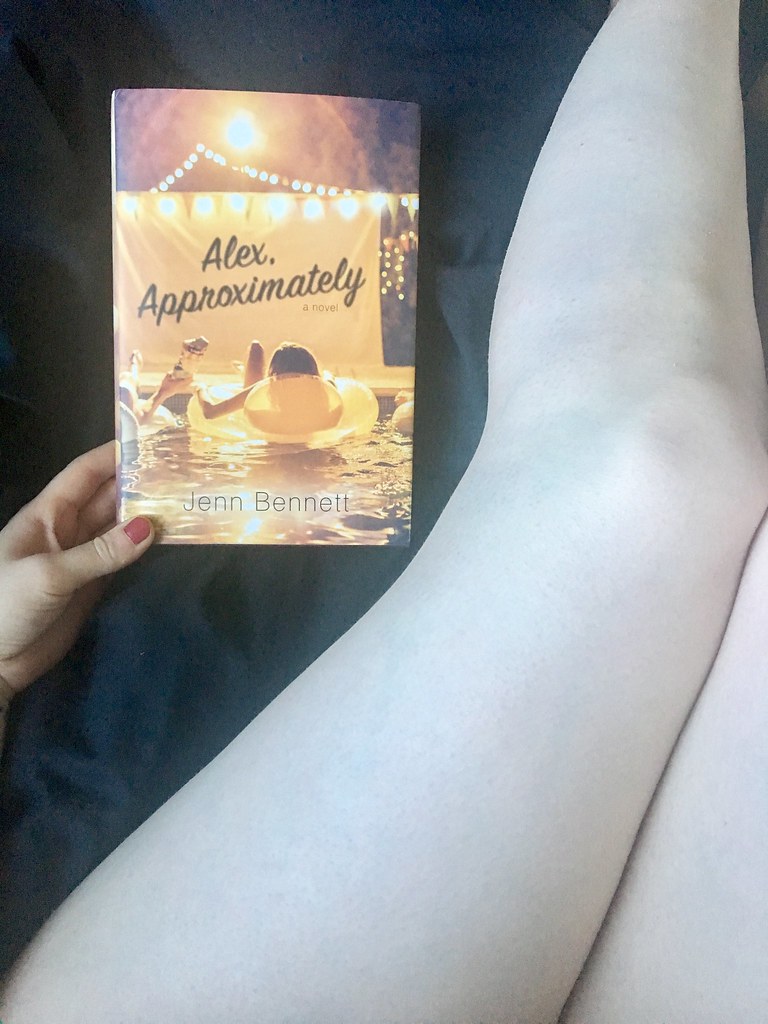 Summary: Bailey “Mink” Rydell has met the boy of her dreams. They share a love of films and talk all day – Alex is perfect. Well, apart from the fact that they’ve never actually met . . . and neither of them knows the other’s real name.

When Bailey moves to sunny California to live with her dad, who happens to live in the same town as Alex, she decides to track him down. But finding someone based on online conversations alone proves harder than Bailey thought, and with her irritating but charismatic (and potentially attractive?) colleague Porter Roth distracting her at every turn, will she ever get to meet the mysterious Alex?

Considering this is a contemporary novel, i decided to go in to it blindly. The story is based upon Bailey (‘Mink’) and her online friendship with a boy called Alex. That is until she moves states and he falls off the face of the earth. The book is heavily based upon a teenage relationship and those two people falling in love, as most contemporaries are, and i really love that kind of story every so often.

However, sadly (and i mean sadly), this is the most disappointing book i’ve read this year. I felt like the story had so much promise and could have been very interesting, even if it was played out the same way but with different events happening, it could have been improved. It ended up being very cliche and uninteresting. A lot of the scenes i found to be overly dramatic and unrealistic for a contemporary novel. An adult watching two teenagers fight and telling them to ‘fight it out between themselves’? No, very unrealistic.

I also found the characters to be very unrelatable and frustrating a lot of the time. At the start of the novel i found Bailey to be very whiny, her relationship with Porter (the supposed Dream Boat of the story) felt forced and their relationship when they met did not imply a spark between the two in the slightest. A lot of the character’s felt forced to me and quite forgettable. I think a lot of the forgettable nature seemed to stem from the whole novel being very ‘info-dumpy’. There is a lot of information about the characters without being shown that personality trait from them. I found this quite dull the further i got in to it.

I did however enjoy the family aspects of this story. Bailey’s father and his girlfriend were great characters and i wanted more from them. Also i could have done with a lot more information from Porter’s family in the end. They were wonderfully rounded and crafted characters, i would have loved more of a back story. Alex Approximately had a Gilmore Girls vibe, just with more surfing. Everyone knew everyone and was pretty much nice to each other.

Despite all of this, i did enjoy the story Jenn created and it kept me entertained. I read through it quickly and it proved to be a very easy read. I just wish that there was much done with this great story, i seemed to figure the whole thing out half way through and spent the second half waiting for Bailey to figure it out too.