Our LGBTQ+ book club pick of the month has been David Levithan’s Two Boys Kissing, a novel in which i picked up a number of years ago and couldn’t really get my head around enough to be invested in reading it. I knew choosing it as a book club pick meant that i’d have to read it, which was great for my progress in reading everything David Levithan has ever written. 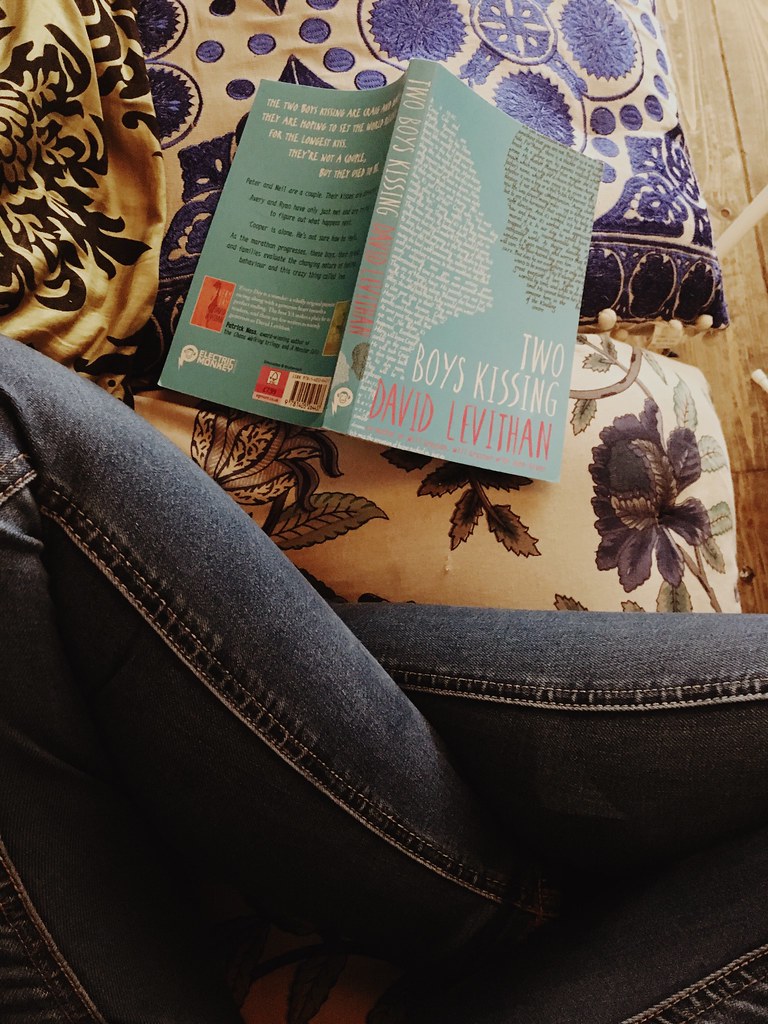 Summary: The two boys kissing are Craig and Harry. They’re hoping to set the world record for the longest kiss. They’re not a couple, but they used to be.

Peter and Neil are a couple. Their kisses are different. Avery and Ryan have only just met and are trying to figure out what happens next. Cooper is alone. He’s not sure how he feels.

As the marathon progresses, these boys, their friends and families evaluate the changing nature of feelings, behaviour and this crazy thing called love under the watchful eyes of a Greek chorus of a generation of men lost to AIDS. David Levithan connects recent history with the present moment in a novel that is both a celebration of equality and a memorial to a lost generation.

Two Boys Kissing surprised me a lot in the end, it was a lot more intriguing and had a lot more depth to the story than was first portrayed. The story follows three sets of people from the LGBTQ+ spectrum, narrated by a selection of unnamed gay men who died from AIDs.

The characters were outstanding in this novel. Each of them had a very different voice with distinctive personalities which contrasted with the narrators of the novel. I found it most interesting that none of the narrators were named and always addressed as ‘we’ or using collective pronouns. It made them real but unreal, there but not there. To me this was one of the stand out clever points of the story that i enjoyed the most, and further proved to me that David’s strength as an author is point of view.

I also found the characters relationships to be very realistic, which is usual to find in YA novels i think. There was no ‘this wouldn’t have happened’ between any of the characters, because it was all quite fesable. I enjoy stories that have a very real aspect to them, and David seem’s to write that very well.

The story itself is split between numerous stories of different gay teenagers finding their way in life. There is an excellent portrayal of the differences that individuals go through when coming out and experiencing relationships for the first time as a gay person. I’ve found few novels that portray that well, but Two Boys Kissing is definitely one of them.

My copy is filled with page markers of thought provoking lines, cute scenes and things i want to remember for the future. This is truly a very important story and shows a very raw imagine of what growing up LGBTQ+ is. It’s wonderfully told with incredible characters and i really wish i hadn’t have left it as long as i did to pick up.