DISCLAIMER: I received a copy of this book from the author in exchange for an honest review.

I very rarely reply to emailed about reviewing books. They’re often stories i’m very uninterested in and something i would never pick up. However, with our LGBTQ+ book club happening all year and the promise of a ‘coming to terms with sexuality’ story, i decided i’d give this one a go. I was hoping for a heartfelt tale of a young boy figuring himself out, something that i’ve not seen successfully written so far in YA. I didn’t get that. 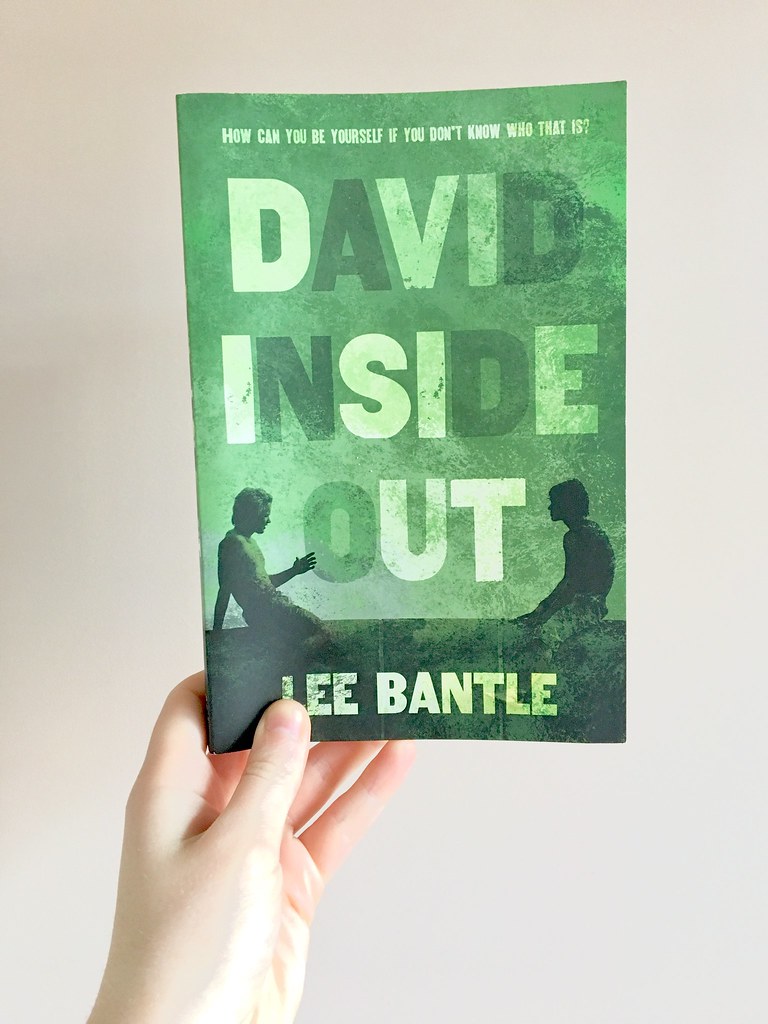 Title: David Inside Out

Summary: David Dahlgren, a high-school senior, finds solace in running with the track team; he’s a fast runner, and he enjoys the camaraderie. But team events become a source of tension when he develops a crush on one of his teammates, Sean. Scared to admit his feelings, David does everything he can to suppress them: he dates a girl, keeps his distance from his best friend who has become openly gay, and snaps a rubber band on his wrist every time he has “inappropriate” urges. Before long, Sean expresses the thoughts David has been trying to hide, and everything changes for the better. Or so it seems.

David as a character i found a little odd. At first i felt quite connected to him as a character and i understood him. That was until around 50 pages in and he was a little all over the place. I know an LGBTQ+ teen’s mind is the most stable of places at times, but his personalisation had no stability. He also seemed a lot younger than the teenager he was described as. For example, if he was in a conversation or a situation that wasn’t going his way. He’d run. I mean literally run. Who the hell does that? I found it very off putting.

I had hoped that this disjointed structure would end with the characters (especially Sean, please don’t get me started on Sean). However, throughout the whole book the writing ended up following suit. Bantle would often introduce a topic and then disregard it completely. In one scene, David has found a ‘gay hotline’ that he is gathering the courage to call. He dials the hotline, and then the next line in the novel is something along the lines of ‘It took me a week to…’ and i was left wondering what happened in that week of his life, why the massive jump was in place and what the hell was going on.

This seemed to happen throughout the whole story. I was a little confused by the massive jumps and it felt as though it was lazy writing. The reading experience lends itself to that of a fanfic. There are some scenes of a graphic nature that felt very ‘teenage girl writing about their favourite band members getting together but won’t get caught if their parents see it.’ After reading some fantastic LGBTQ+ novels recently (such as Release by Patrick Ness), this felt very shoddy.

I had quite an issue with the dialogue in the book. Similar to how the story was jumping around, the characters seemed to have very pointless conversations that ended quickly. Every conversation between any of the characters in this felt a though you were awkwardly talking to a friends friend at a party and have no idea how to get away. But these characters are supposed to be the best of friends. It left me a little bit confused.

David Inside Out had a really good premise, something that i could imagine being great if it was adjusted. I started out with such intrigue and really enjoyed the first 40 pages or so. The whole novel i found the writing to be very lazy, and i ended up having to push myself to finish it. There aren’t many LGBTQ+ novels out there for Young Adults, but this probably isn’t one i’d give a go.