Simon James Green has quickly become one of my favourite YA authors. It’s been a long time since i laughed out loud (lol’d if you will) at a book, and his debut novel Noah Can’t Even made me do just that. I had the pleasure of meeting Simon at YALC, and after that and the announcement that he is working on a sequel to Noah Can’t Even, i knew i had some questions to ask him. 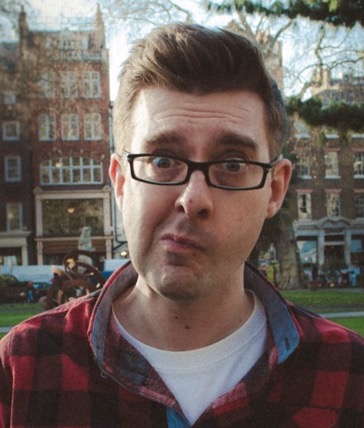 I wanted to know more about Simon’s writing process and a little bit about his experience writing his characters. His novel is so complex and funny for a contemporary story, i cannot recommend it enough. HERE is my full review if you’re interested. And here is my interview with Simon James Green!

1. Your first novel, Noah Can’t Even, was released in May, how would you describe it for someone who has no idea about the story?
It’s a coming-of-age comedy about a geeky boy called Noah Grimes, who is about to turn 16. He thinks kissing Sophie is his ticket to social acceptance, but

he ends up having a gay snog with his best mate Harry instead. From there the chaos in his head is only matched by the chaos in his life, as he unleashes a crazy chain of events. Ultimately, it’s a book about working out who you are and being brave enough to stand apart from the crowd, and along with the laughs, I hope it’s heart-warming too.

2. Do you work to a detailed plot, or do you write wherever the story takes you?
It’s a bit of both. The plot is quite complex, with lots of bits that only really come together at the very end, so I did need to plan the basics of how that would work. But I also find that a character only really comes alive, and tells you who they are and what they want, as you write it, so I always give myself the freedom to develop the story as the characters develop.

3. Do you believe in writers block? And if yes, did you experience it whilst writing Noah Can’t Even?
Of course there are days when it just doesn’t happen – usually it’s because I’m tired or distracted in some way. And yes, I did have days like that when writing Noah. I think the key is not to get stressed when it happens and not worry. I go for a walk, read, watch TV and take my mind off it. I usually find I’m then fine the next day.

4. Which character did you find most difficult to write, and why?
I was very lucky and I didn’t have problems with any of this lot. For the most part, I think they all have fairly distinct voices and that really helps when I’m writing their dialogue or describing their actions. I think it’s partly because I was working on the book for so long, that I got to know the characters really well, so it was easy for me to slip in to their voice.

5. Did you find that writing a book energised or exhausted you?
Overall, I find it energised me, for the most part. When you love a character and their story, I find I just want to write more and more. But some parts of the process are quite exhausting – for example, the proof-reading and copyediting stages, where you end up reading the text so many times you get absolutely sick of it and convince yourself you’ve written the biggest pile of crap the YA world will ever have seen. Some people may actually think that, idk.

6. What kind of research did you do in order to start writing?
With Noah, not really any. The book is loosely based on my own time growing up in a small town, so it all felt quite familiar. What you have to be careful of is how school-based terminology changes in terms of exams and subjects. For example, ‘Food Technology’ was always ‘Home Economics’ when I was at school. My main prep for Noah was really working out the intricate plot twists and making sure it all made sense.

7. How difficult was it to release Noah in to the world and let others read his story?
Terrifying, to be honest. I’d worked on Noah for five years and put everything into it, and you hope people are going to relate to him and like him, but you’ve no idea what the reaction will be. I spent the first couple of weeks after publication hiding from reviews because I almost didn’t want to know.

8. Do you have any writer rituals when writing? 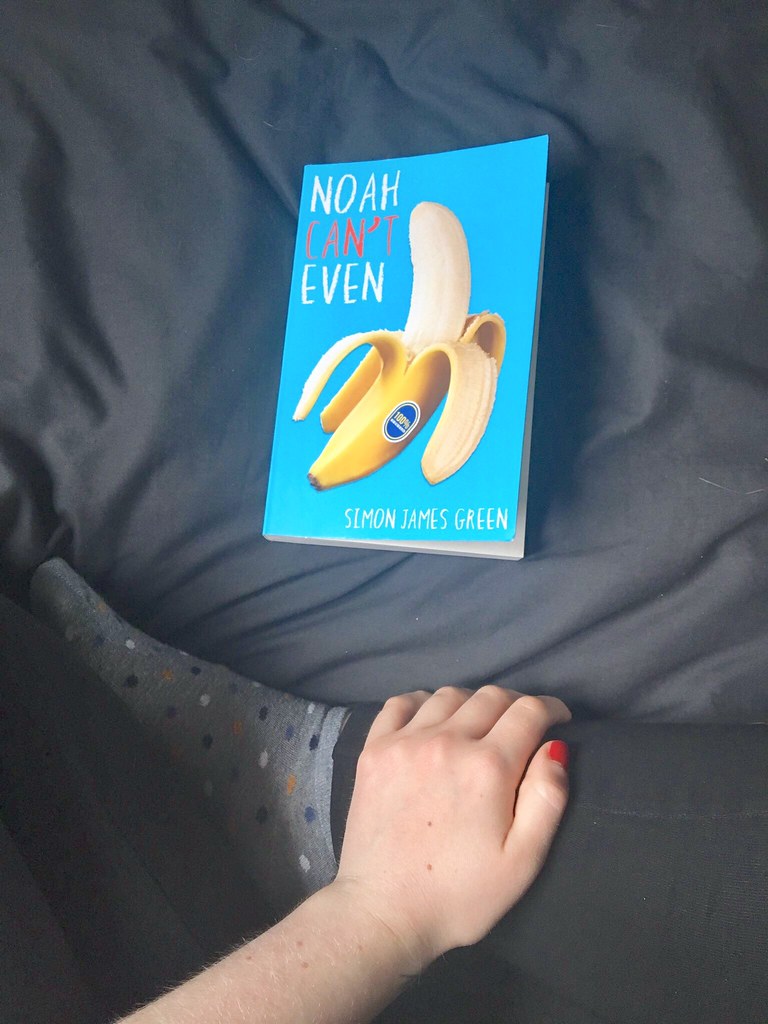 Depends on the time of day. Making coffee is obviously important, and sometimes I will listen to a carefully selected playlist that puts me in a ‘Noah’ frame of mind. If it’s the evening, I may drink gin, but never more than two delicious glasses, because otherwise the writing gets a bit shit. And, of course, I always make a sacrifice to the Gods of YA Fiction…

9. Has having a published book changed the way you write and read?
I think I’ve certainly learnt a lot throughout the process of publication and it’s interesting to see things through the eyes of publishers a bit more. Ultimately though, I think you’ve always got to write what you want to write – there’s no point in trying to chase what you think publishers want, or what the ‘next big thing’ is going to be. The biggest difference, especially now I’m writing the sequel to Noah, is that it’s a job. You’ve got a deadline and you’re being paid to do it. It does change the dynamic a bit, because there’s a pressure there, whereas before, you didn’t know if what you were writing would ever get published.

Bonus question: How’re you finding reading Harry Potter for the first time?
Haha! Well, I’ve just finished the first book and absolutely loved it. I know how ridiculous it sounds that I’d never read any of the books, or seen the films, but it’s true! I mean, I really want to know more about Uncle Vernon and those drills he makes – I’m going to ask Noah to write some fan fiction about it I think!

I’d like to say a big thank you to Simon for answering these very testing and important questions (especially about Harry Potter). It was very interesting to find out a little more about an authors writing experience, especially as an aspiring author myself.

You can get a copy of Noah Can’t Even from Amazon* and keep an eye out on Simon’s Twitter, @SimonJamesGreen for loads more information regarding Noah Grimes.