On the 4th of September i attended the Carrie Hope Fletcher All That She Can See signing in Manchester. I’ve been trying to attend a Carrie signing for a long time, as i’ve been quite a big fan of hers for a while and more recently (well, since she became an author), have completely fallen in love with her writing too. 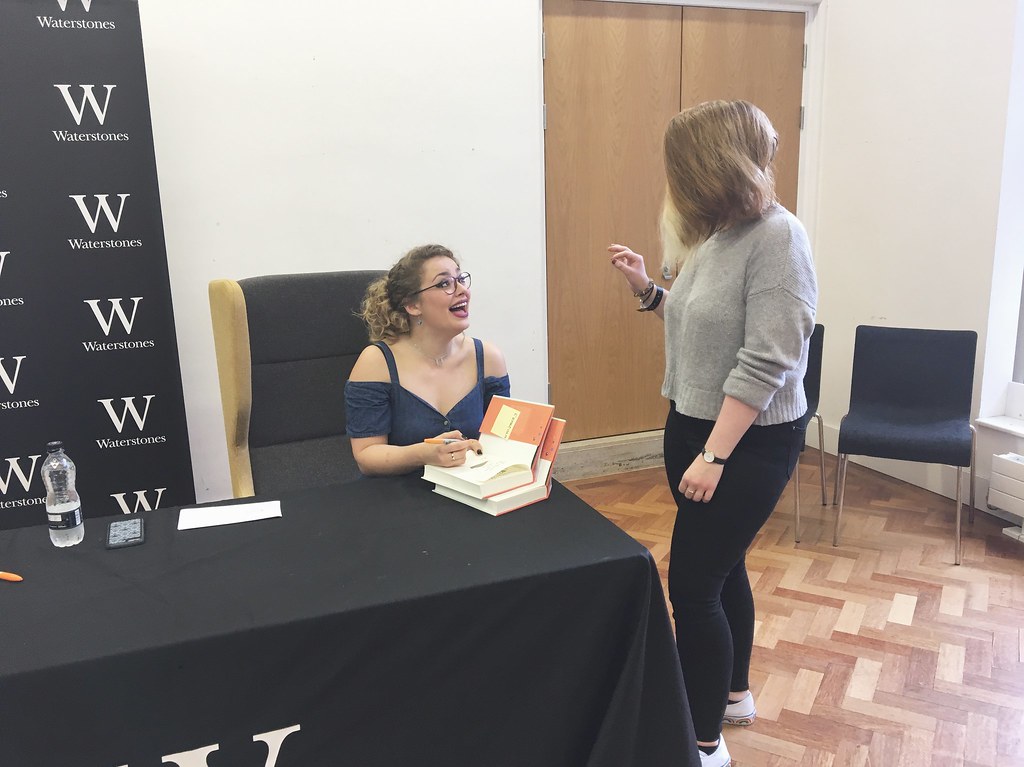 If you don’t know who Carrie Hope Fletcher is, she’s a talented musician, actress and author who spends a lot of time currently dressed as Wednesday Addams, typing on her laptop as she writes her next novel. She released All I Know Now back in 2015, a non-fiction book with advice and anecdote about Carrie’s teenage years. Whereas i think i was a little old at the release of this book, i enjoyed it non-the-less.

2016 saw the release of Carrie’s first novel, On The Other Side, which completely made me fall head over heels in love with her writing. I was skeptical, as i am of most new authors, however with her song writing abilities, i don’t know what i was so 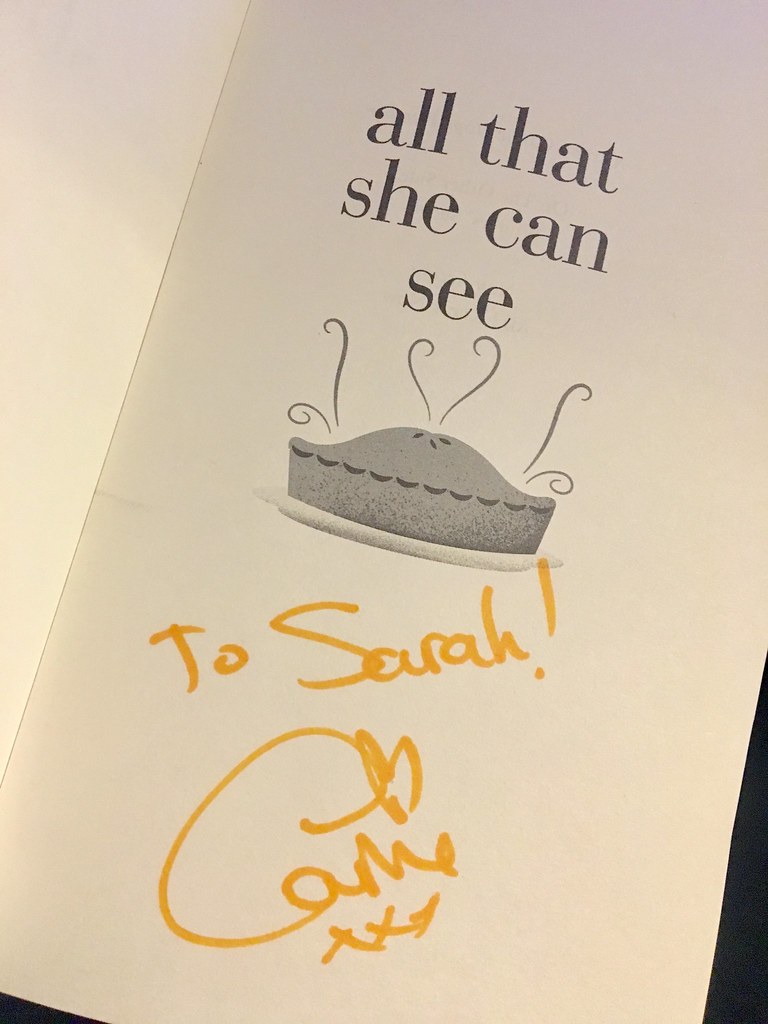 worried about. She’s a natural born storyteller and her writing flows wonderfully through well rounded characters. I have a full review of On The Other Side if you’d like to check that out.

Once she rolled her book signing tour around to Manchester for her latest novel All That She Can See, i knew i had to go. I waited to get my book until i was there, leaving a grueling few months of seeing it in book shops until i could pick it up myself (i know it’ll be worth the wait).

I ended up waiting about an hour and a half in the signing queue to meet Carrie, which let me tell you was worth it. We had a chat about The Addams Family and how my first experience of anything Addams was seeing Carrie perform as Wednesday a few days earlier. To which she pointed out it would be interesting to know my opinions working back in the catalog. We also talked about her 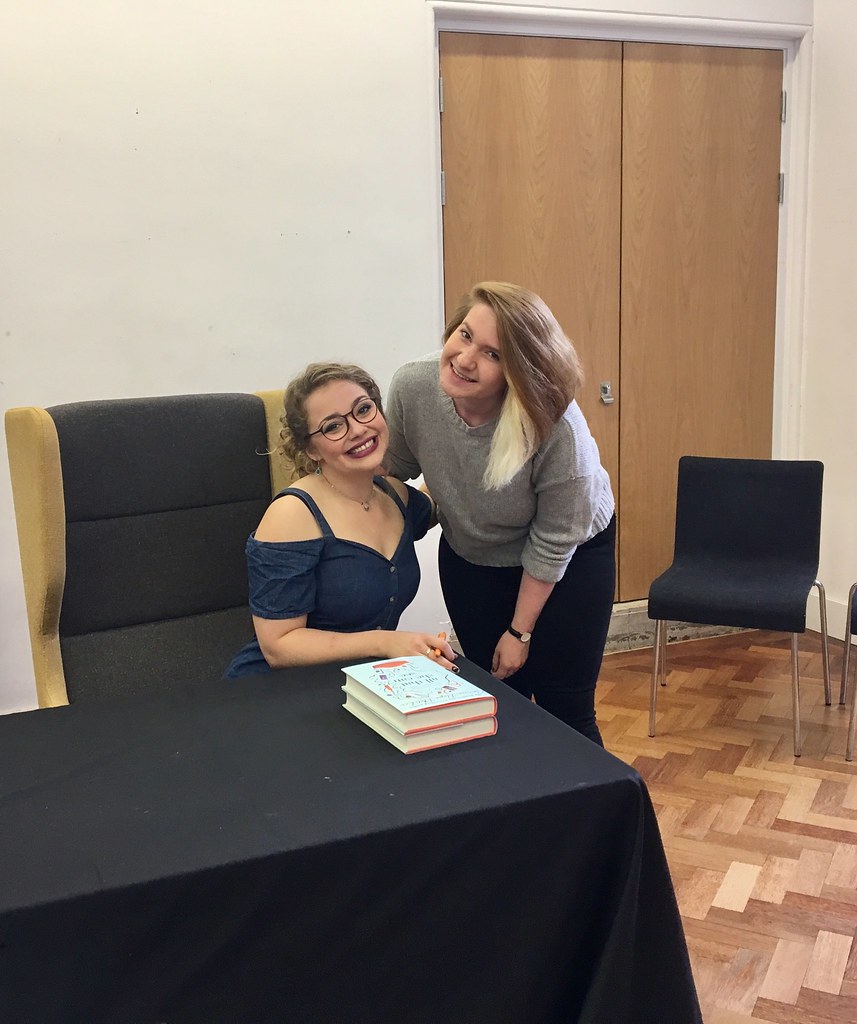 opinions of Manchester so far and how being in the show has been. She managed to throw a compliment in about my hair too, which surprisingly she told me the exact same thing around six years ago (same hair style or reusing of compliments? We may never know).

It was so wonderful to get to chat to her for a little while, i’ve never gotten that experience and to meet someone who you think is so utterly talented is great. Her novels inspire me to write, and she is one of the few authors that actually do that for me.

If you haven’t read any of Carrie’s books before i strongly urge you to pick them up. She has a really special writing style that i think a lot of people would appreciate. I cannot wait to get in to All That She Can See and share my thoughts with you all!