August is the first month after YALC, which means i’m naturally more likely to want to read and i can pick any book from my book shelf without worrying if that author is attending YALC or not and i want to get the book signed. So, i’ve had a pretty good reading month. It’s been like walking in to a book shop and pulling whatever i wanted off the shelves, but in my own home, it’s a whole sense of freedom i forget existed (Dramatic? Probably not). 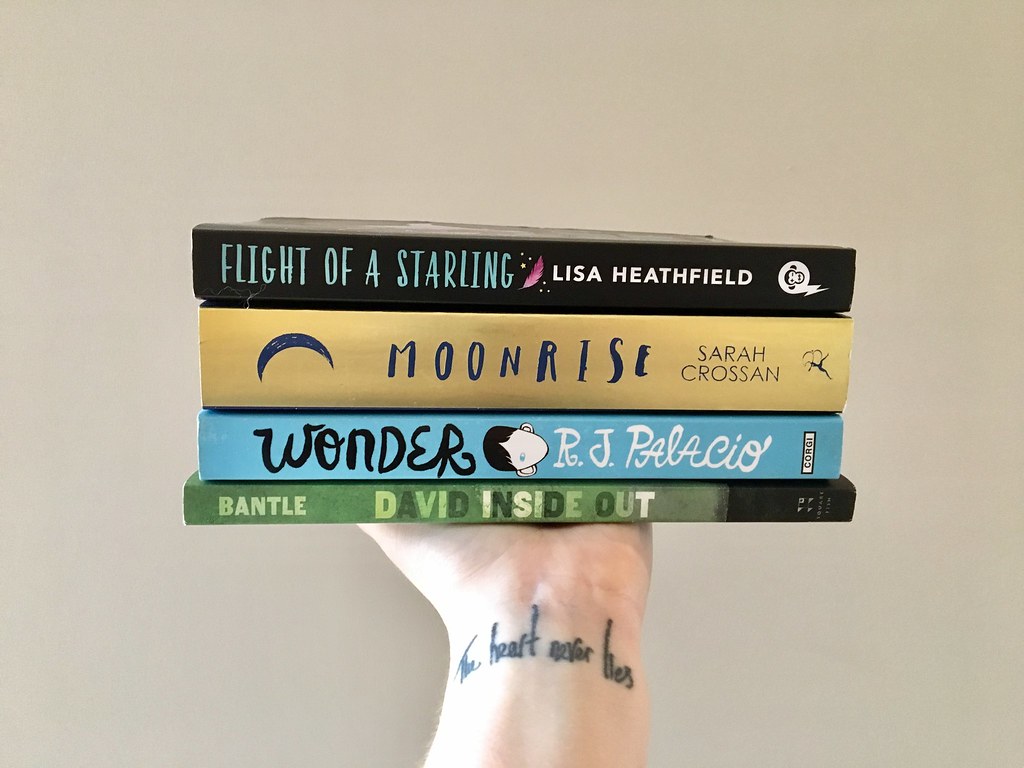 Flight Of A Starling by Lisa Heathfield
I started this book back in July and carried it over until August, and it happened to be the book i was reading when i met Lisa Heathfield at YALC! I ended up absolutely adoring this book. I was skeptical going in as i’d only ever had one recommendation of her, but her stories are heart-wrenching and beautiful and told in such a respectful manner. I’m very pleased that i ended up reading this and it has become one of my favourite books of the year.

Moonrise by Sarah Crossan
It’s hard not to pick up an early release of a Sarah Crossan novel if it’s not in your hands. This is Sarah’s latest verse novel, based around a death row and the relationship a man has with his family who is to be executed. I picked up an early copy of this at YALC on the Bloomsbury stand, and i’m so glad i did. Sarah always creates an atmospheric read with very well thought out characters. I cannot wait for you all to read this one once it’s released in September.

David Inside Out by Lee Bantle
I received this book in exchange for an honest review, and lets just say, i was very honest. I didn’t enjoy this book, and considering i was quite excited about it when they contacted me and read through some of the Goodreads reviews, it was very disappointing. I explain myself a lot more in my review of David Inside Out, but i found it to be very choppy, David as character to not be very well rounded and everything about it a little off.

Wonder by P. J. Palacio
Wonder has been on my TBR for a long, long time now. I managed to pick up a copy about a year ago maybe from a charity shop and figured i’d get round to it at some point. And then they dropped the movie trailer. This middle-grade novel is the story of August who is trying to live like any other 11 year old boy, but he isn’t like any other 11 year old boy. I really enjoyed the story and the writing of this one, and although it’s not life changing (for me), i really enjoyed it and cannot wait for the movie.

Alex Approximately by Jenn Bennett
Alex Approximately breathes a little bit of fresh air in to the ‘online relationship’ novels of YA. It was one of my most anticipated novels of 2017, and to be completely honest i was quite disappointed in it. I will have a full review up soon of the novel, however it just fell a little flat and the writing seemed a little off for me. I enjoyed the story of it, but not enough to give it more than 2 stars. 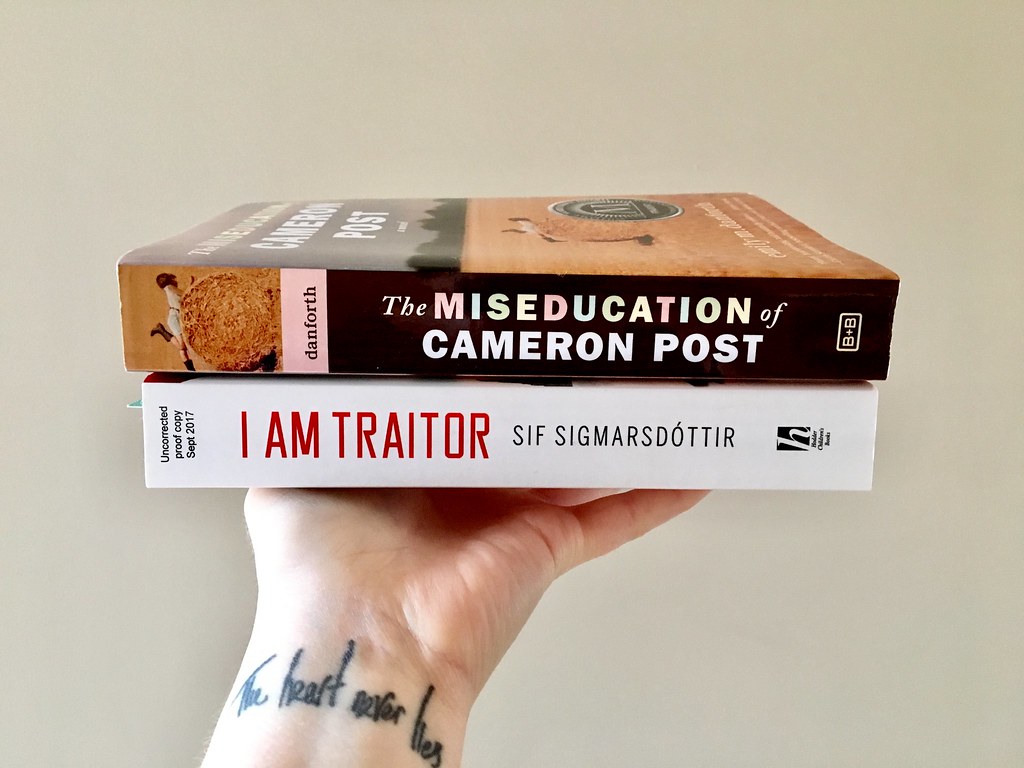 I also started reading The Miseducation of Cameron Post by Emily M. Danforth this month as a part of our LGBTQ+ book club. Admittedly i probably started it a little late and it took me a while to get in to, meaning i haven’t finished it. Hopefully i’ll get it done in the first few days of September as i’m way over half of it now!

In the last few days of the month i picked up I Am Traitor by Sif Sigmarsdottir, which i am actually very much enjoying. It’s an alien novel based in London that so far is having The Hunger Games feelings. It will definitely be in my September wrap up.