I picked up The Girl In Between knowing absolutely nothing about it except that Sarah Carroll was one of the authors who had been announced for YALC. The premise sounded interesting so i thought i’d give it a go. 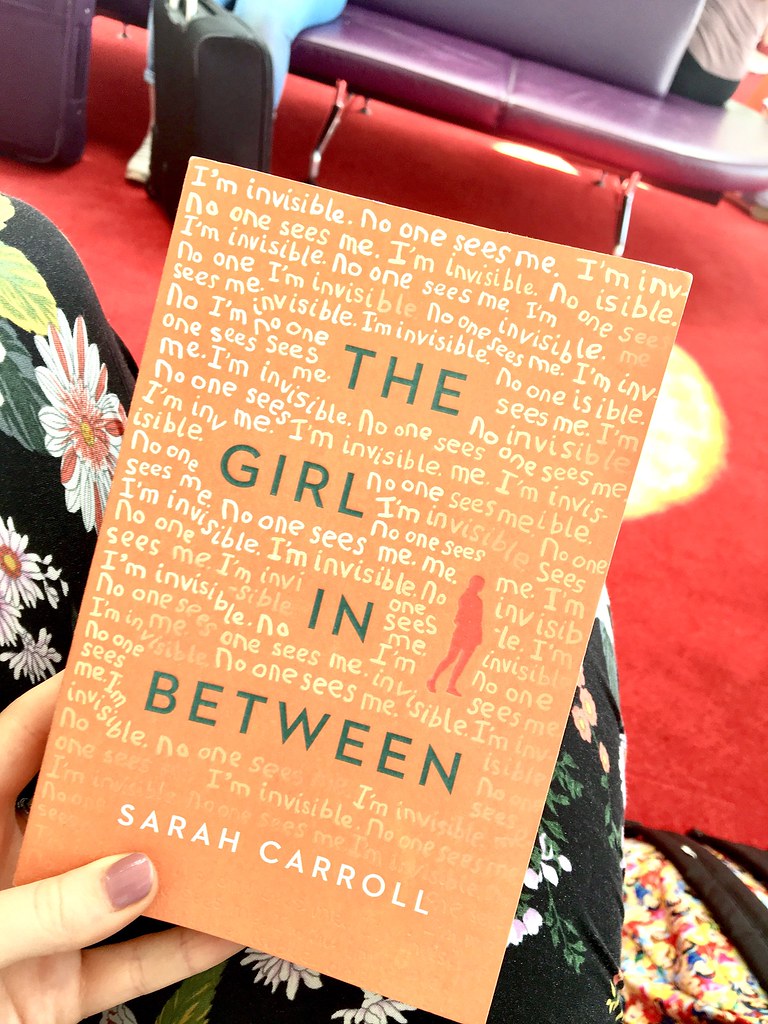 Title: The Girl In Between

Summary: In an old, abandoned mill, a girl and her ma take shelter from their memories of life on the streets. To the girl it’s home, her safe place, the Castle. But as her ma spins out of control and the Authorities move ever closer, the girl finds herself trapped – stuck in the crumbling mill with only the ghosts of the past for company.

Can she move on before it’s too late?

First things first, i personally felt like the story that i got was very different to what i expected. I don’t know completely what i expected but it’s not what i got, and i still feel a little let down by it. The cover and title doesn’t feel like it portrays the story the best way it can and can be quite deceiving.

If you want to know what this book is actually about, it’s based around a young girl and her mum are presumably homeless, they search around for a ‘castle’ as the protagonist explains it and end up living in a mill that is being taken over by the ‘authorities’ (or building surveyors). I quite like the premise, if i’d have expected it.

My main problem with this story was that i still cannot figure out how only the protagonist is. The novel is advertised as YA, and the twist in the story takes an older mind to understand. However, the girl in the story reads a lot younger. I cannot understand if that’s because she seems younger due to her situation or she is actually quite young. I’m still a little confused by it.

Speaking of being confused, i found the story very difficult to get in to and figure out what was actually going on. It took me at least half of the book to get interested and a lot of it was very ‘samey’. Honestly, i ended up skim-reading a lot of the pages towards the end.

The saving grace of this novel was the ending. Once you’ve gotten used to the protagonists voice and the story-line and know what’s actually going on…the ending was quite touching and revealed a lot. I definitely figured out the end before it was revealed but there is quite a twist which makes a lot of the story make sense.

There were a few other parts to the writing, such as the mothers alcoholism portrayal, that i found very weak and didn’t like the way they were handled. I didn’t hate this story, and it was entertaining, but it lost my attention a lot of the time when a book so short should have only taken me a day or two to read.