It literally seems like a few days ago since i was finishing my May wrap-up. No. It was a whole month of reading ago. My goal for June this year was to basically just have another good reading month. I really wanted to make sure i kept to my yearly target and also worked hard towards finishing most of my YALC TBR. So it meant i had another busy month ahead of me… 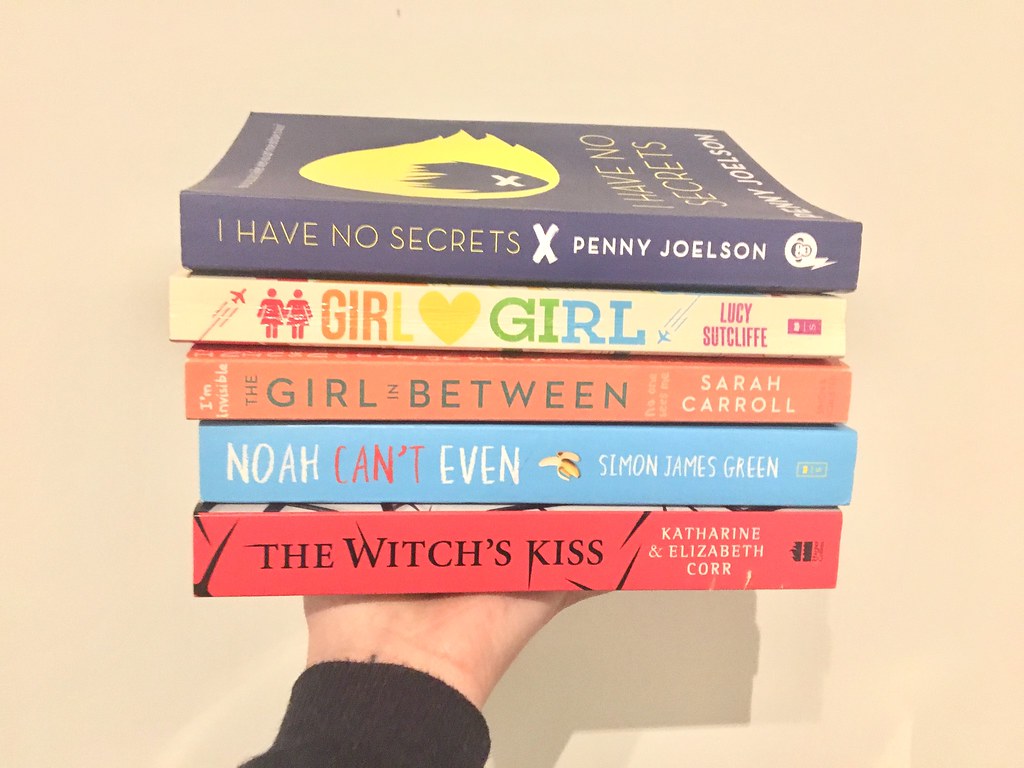 The Witch’s Kiss by Catherine & Elizabeth Corr
The Witch’s Kiss reminds me a lot of the story of The Princess Diaries. Merry, having known she is from Witch descendants for quite some time, is summoned to try and save her town against an evil Wizard. It’s a very ‘find out who you are and kick some ass’ story. I really enjoyed it for the story’s entertainment level, it kept you interested and was a quick read. You can see my full review on things i did and didn’t like about it, and i ended up giving it three stars.

Noah Can’t Even by Simon James Green
Again Noah Can’t Even was read due to the dreaded YALC TBR list. I had a feeling that Simon would have been announced for YALC, and he was so i figured i should get to his book ASAP. In short, this book was hilarious. Noah, our protagonist, is just a little bit tragic. He’s having the worst week of his life and before he knows it, he’s questioning his whole sexuality. I gave this book four and a half stars and my review will be up shortly if you want to find out why. Honestly, this book is one of the funniest books i’ve read in my life, it has so many laugh out loud moments.

The Girl In Between by Sarah Carroll
I purchased The Girl In Between because i knew Sarah Carroll was attending YALC. I knew nothing about the story and had heard no reviews for it. I wanted to love it so much, but i just…didn’t. It was quite an interesting read once you knew the twists at the end, but i had a lot of problems with the themes and generally how some of it was written. My full review will be up soon, it’s a very ‘don’t give away too much’ read. But you can find out then why i gave it two stars.

Girl Hearts Girl by Lucy Sutcliffe
Girl Hearts Girl has been a little break in my YALC TBR pile this month. I needed to get it read before the end of the month as a part of our LGBTQ+ Book Club. I quite enjoyed the break in all the fiction i’ve read recently and read something that was non-fiction, and something heavily based on LGBTQ+ life and culture. I have a full review HERE if you want to read why i gave it two and a half stars.

I Have No Secrets by Penny Joelson
This was another book that i picked up on a whim because i knew the author was attending YALC this year. Luckily, i had a much better time with I Have No Secrets than i did with The Girl In Between. I ended up reading through this book in two days, which is extremely fast for my little brain to deal with a book. I loved the story and how fast paced it was, even if it was completely different to what i expected. I don’t want to give too much away of this book because it’s so much better if you go in to it completely blind. My non-spoiler review will be up very soon!

Books Read This Year So Far: 25

I’m not overly pleased with how much i’ve read this month. I feel like i slacked a little towards the end, however i have been away for a week and generally have had a busy June. Hopefully next month will pick up a little bit before YALC and i can get loads more read from my YALC TBR.