I picked up a copy of The Witch’s Kiss quite a while ago, thinking that i wouldn’t get around to it any time soon. Admittedly it’s not really my ‘thing’. I’m not a fan of Witches and most of all, i had no idea what this story was actually about. When i saw that Katherine and Elizabeth were announced for YALC this year, i figured i may as well pick it up and see why it seemed so popular last year. I ended up speeding through it. 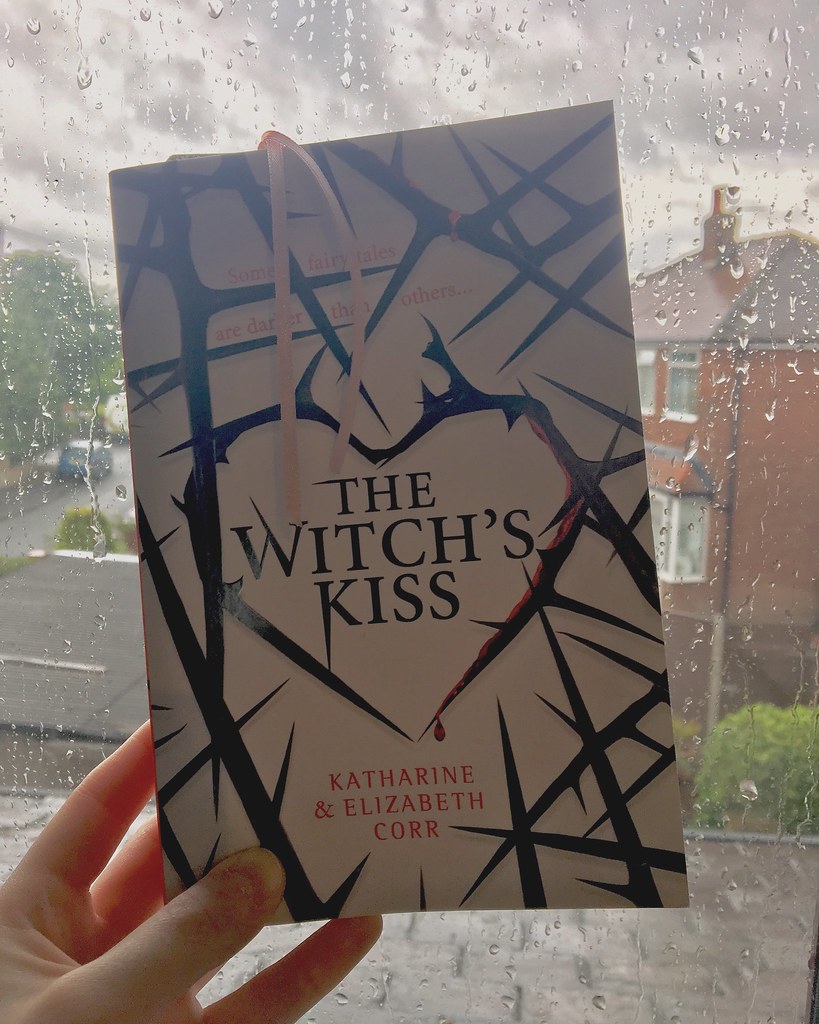 Summary: Sixteeen-year-old Meredith is fed-up with her feuding family and feeling invisible at school – not to mention the witch magic that shoots out of her fingernails when she’s stressed. Then sweet, sensitive Jack comes into her life and she falls for him hard. The only problem is that he is periodically possessed by a destructive centuries-old curse.

Meredith has lost her heart, but will she also lose her life? Or in true fairytale tradition, can true love’s kiss save the day?

I’m under no illusion that this book isn’t problematic. It’s problematic, it’s not written the best and i doesn’t have the most relatable or realistic story-line (at times i found it to be VERY far fetched, even for a fantasy book). However, i really did enjoy it, and i didn’t expect to.

The story follows Merry and her brother Leo. Merry is a witch and has had her abilities passed down from generation to generation, and one evening her and Leo find a mysterious box in which it becomes apparent that Merry has been summoned to basically save the world. I found the idea of the story-line and some of the small twists to be quite clever. I read very little fantasy YA so it was a nice change and a mix up from what i usually read. The story-line was quite well thought out.

Also, the writing had me hooked. I managed to finish The Witch’s Kiss in a few short days, which is incredibly fast for me at the moment. It constantly left you wondering what was going to happen next, if everything would work out and if there was going to be any twists in the story. I really enjoyed this aspect of it.

Personally i found the writing and the story to be a little young for me. I enjoy YA stories more than any other, but i found Merry to be quite childish and naive at times, although i very much enjoyed her relationship with older brother Leo. Maybe some of these aspects of Merry’s personality came from the story and the writing, i don’t know, but there were definitely parts that i didn’t love as much and found very out of character.

The Witch aspect to the story was done very well in my opinion. As someone who loves Harry Potter (who doesn’t?), i find it difficult to get my head around any magical worlds that aren’t centered around J.K. Rowlings ideas. The mention of generation and the build up of Witches in the community was well done and made for a very interesting read. I really enjoyed that part of the story and learning about the different people in the community and how they help.

On a similar note, i struggled with the magical elements. Again i think this is because i’m so used to and content with J.K.’s world that i lose track within other novels. The Witches in The Witch’s Kiss cast spells by singing a line or a verse. I thought this was a little bit cheesy and unnecessary.

Overall i did enjoy the story as it kept me entertained and guessing. I do really want to carry on with the series and will be picking the next book up in the hope it matures maybe just a little bit. I found it to be a very fast read, but would probably recommend The Witch’s Kiss to younger readers of YA.