Wing Jones has been a huge hit in the contemporary genre since it’s release at the beginning of the year . It’s Katherine Webber’s debut novel, which meant i was a little confused about why there was so much hype around it last year at YALC. At first i took no interest, however as time passed and continuously seeing it on friends Twitter and Instagram accounts, i picked it up. 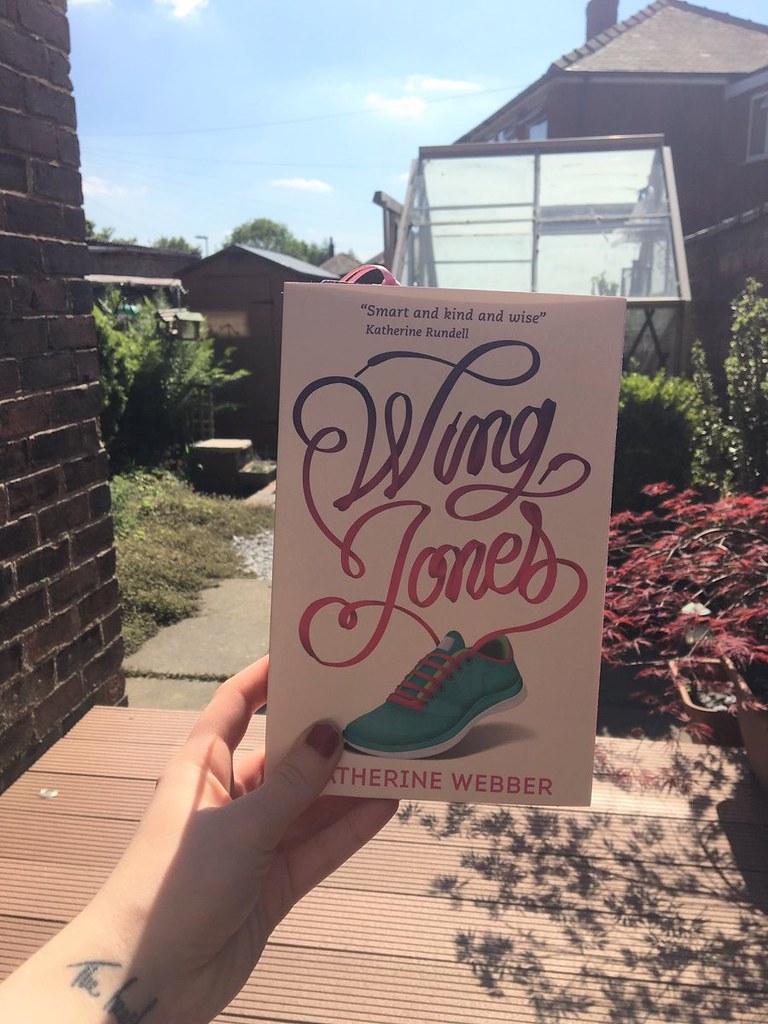 Summary: With a grandmother from China and another from Ghana, fifteen-year-old Wing Jones is often caught between worlds. But when tragedy strikes, Wing discovers a talent for running she never knew she had. Wing’s speed could bring her family everything it needs. It could also stop Wing getting the one thing she wants.

I think the main reason i wasn’t interested in this novel is because it’s quite clearly heavily based upon running. Or that’s what i thought anyway. It’s true that this story is centered around running and our main character Wing finding out how to battle her demons through running, however the novel is so much more than that. In the end i found the running aspect a lot more enjoyable than i thought. It was refreshing to have a YA novel focus on something sporty and appeal more to teenagers similar. After all, most YA protagonists are made out to be the ‘book nerds’.

The book in itself is very diverse. Wing and her brother, Marcus have one parent from Ghana and one from China, meaning they stand out in a crowd (so Wing states). It was interesting to read about two cultures in the same novel in this way. Wing’s grandmothers live with her and her family, thus making the novel full of tit-bits about food from China and interesting quips from life in Ghana. I loved the writing of this because it was a lot less ‘in your face’ diverse than other novels i’ve read recently. There wasn’t a specific point made about the characters being diverse, they just were.

I cannot fault the writing style of this book. It’s a very easy read but incorporates some difficult themes along with a little bit of magical realism. It’s very well rounded for sure. The magical realism aspect to me signified a childlike quality in Wing that we couldn’t see whilst she was becoming this wonderfully grown-up woman with the weight of the world on her shoulders. It was nice to see an author respecting that childhood doesn’t just disappear.

There are a few niggles that i didn’t love about this story. The ending wasn’t how i wanted it to go, and i found a few of the medical issues a little unbelievable and brushed over, i would have liked to have gone a little more in depth in to some of the situations the side characters were in. There are little things that most definitely didn’t stop me enjoying the book.

If you’re skeptical if you’ll enjoy Wing Jones, i can promise you will. I tried to go in with an open mind and my mind was completely changed from my first impression. I’m now very excited to see what Katherine Webber has to say about her story at YALC this year.