I read Thirteen Reasons Why not so long ago, and enjoyed the story. The writing was okay and it had a unique twist on a teen suffering with mental health issues, being told from someone else’s point of view. However, recently the Netflix adaptation has been released and watched by millions, spreading this story further.

When i read the novel by Jay Asher, i thought Thirteen Reasons Why was a unique story about the suicide of a teenager. Someone who desperately found herself unhappy when she ‘should have been’ happy. It’s raw and emotive and really focused on the effect her death had on those around her. That’s what made it so interesting.

I haven’t seen the adaptation of the novel yet that has been added to Netflix (i’m waiting for that right time i have time to binge what it, you know?) but i have seen a lot of references made online to the series. A lot of people i know have seen it, thus making it a popular talking point. Meme’s about the show have become extremely popular, 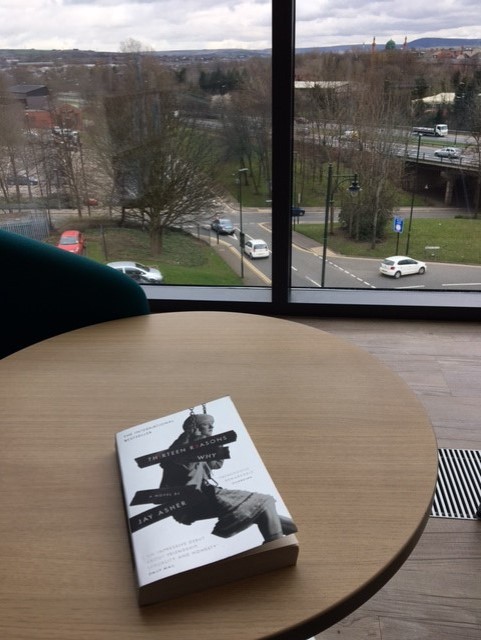 alongside jokes such as ‘I wish i only had 13 reasons why i should kill myself, mine’s at least in triple figures and i’m still breathing.’ It’s proving the point that a lot of people have completely missed the point of the show.

The story of Hannah Baker is one of tragedy and shows quite a raw representation of teenage mental health. It shows a young girl that seemingly has a happy life to everyone outside her, however suffers with something so dark. It shows that anyone can suffer with mental health issues at any point, and any small thing can push them over the edge. This is the message that we get from the book, but people online have managed to turn that around in to some kind of joke.

I appreciate that a lot of people can find humour in most things, especially TV series and such, and i’m also extremely aware i have not seen the adaptation and don’t know the jist that it has followed. But it saddens me, having read the book and knowing the plot that so many people are making a joke about mental health and suicide in this way. A lot of people are treating this as some far fetched TV show that is far from real. In reality, this is an accurate portrayal of so many young people, and even adults out there today who are suffering with something similar. How have so many people gotten the wrong end of the stick?

Yes some of these jokes were amusing to being with, and even now i occasionally chuckle to myself when i see a particularly amusing one. However, when you retweet or share one of them with your ‘friends’ online, think about the damage that it could be causing to someone who has looked to this story for help or guidance. There will definitely be people in the world who have read this book and it has shown them some kind of light, shown them how life might be effected without them in it, and these people most definitely do not need to see so many jokes about mental health conditions floating around the internet.

Each joke or meme being made is showing an insignificance to someones feelings. It’s showing that it’s okay to make light of situations such as mental health, just because it’s being portrayed in a fiction way. If this was a documentary, or a movie about a cancer sufferer, this wouldn’t be happening. So think about what you do next time you decide to make light of a seemingly serious TV show.

One thought on “Missing The Point Of Thirteen Reasons Why”