This months ‘Lessons We Can Learn From…’ post is celebrating the release of A Monster Calls in cinemas. The novel penned by Patrick Ness, has been a huge success, resulting in numerous awards, reprints, book club editions and now a screen version so that everyone can enjoy this wonderfully fantastic story. 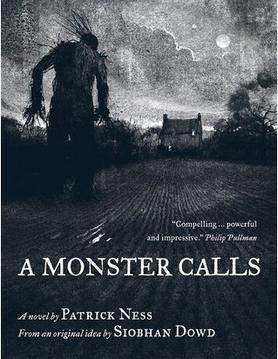 Conor is the main character from A Monster Calls. He is a young boy who is dealing with his mothers terminal illness the best he can. He is somewhat shy and quiet, not many friends or family and the family he has he doesn’t particularly like. He is visited on evenings by a monster. A monster who teaches him lessons and tells him stories, seemingly helping his mother to get better. However Conor learns that not everything can be fixed.

I love Conor’s character, his optimism and drive, is curiosity and strength. He’s a wonderful young man and there are many thing’s i’ve learnt from this novel and this character. Here are my top five:

I absolutely adored Patrick Ness’ version of this story, especially when it is told with Jim Kay’s illustrations alongside. I cannot wait to see how they translate the story on to screen. Who else is going to see the new movie?