Every so often we like to do an update on upcoming film adaptations (look out for a TV one soon, its coming!) As someone who loves books and films, I love looking into what is going to be adapted! Even though some can be awful failures that I like to pretend don’t exist, many adaptations bring a new and interesting light to a story. They also show some  aspects we just can’t get from novels, like brilliant actors and beautiful scores and soundtracks. Here are some adaptations that are coming in the next couple of months!

The Girl with All the Gifts (based on the novel The Girl with All the Gifts by M.R. Carey)
This has been on my to read list for months and I am gutted I haven’t yet read it (I have a week, I can do it, right?!) It is a very popular novel about a girl named Melanie who sees only her cell and a classroom every day. She is treated with fear by most except her favourite teacher. The film looks really interesting and it has quite a hype around it because of the popularity of the novel. I definitely want to try and read this before I get chance to go and see the film!
UK Release Date: 23rd September 2016

Miss Peregrine’s Home for Peculiar Children (Miss Peregrines Home for Peculiar Children by Ransom Riggs)
A favourite of mine, I cannot wait for this to come out! Tim Burton is directing and I think that is a perfect choice for a slightly scary and sinister children’s/young adult book. The cast is pretty amazing too and the film already looks aesthetically just like the images in the book. Miss Peregrine’s follows an American kid, Jacob, who travels to Wales and finds rather strange children there. The book is great and the film looks very promising. I’d definitely recommend both reading it and seeing the film! Sarah and I will definitely be taking a cinema trip together.
UK Release Date: 30th September 2016

Both Sarah and I love this book so much and we can’t wait to go see the film together! The story is brilliant and I love the main protagonist, Rachel. She is very flawed and human and there’s just something about her which I adore. There are also two other persepctives shown in this story which lends itself to the more all-knowing form of film as all their arcs and point of views can be visually shown. Rachel sees the same couple at the same house every morning on her commute and one day sees something out of the ordinary and begins to get wrapped up in a criminal investigation. It really is a fascinating story and I feel sure the film will adapt it really well.
UK Release Date: 5th October 2016

Inferno (Inferno by Dan Brown)
I haven’t actually read this novel (or any Dan Brown books for that matter) but I remember how ridiculously popular Inferno was when it was released a few years ago and the hype hasn’t really died down much. It is the fourth novel in the Robert Langdon series and stars Tom Hanks again, just as in the other films made for this series. The story is set in Italy and is based around Dante’s Inferno. As with his other novels, it is a thriller and a mystery, and the from the trailer, it seems the film will definitely keep you in suspense.
UK Release Date: 14th October 2016

umphant Path to Becoming a Chess
Champion by Tim Crothers)
Another book I hadn’t heard of until the release of the film, Queen of Katwe stars one of my favourite actresses, Lupita Nyong’o, and is produced by Disney. I loved the trailer for this film and I am really excited about it. It is based on the true story of a young girl named Phiona Mutesi from Uganda who learned to play chess and showed a particular talent for it. She competes in chess tournaments and the film seems to show how Phiona’s life is changing due to her success. It seems like a very uplifting and positive film and I’m sure it will be a hit.
UK Release Date: 21st October 2016

Fantastic Beasts and Where to Find Them (Fantastic Beasts and Where to Find Them by J.K. Rowling)
The first wizarding world film that isn’t about Harry Potter! I’m personally very excited for this film as the book itself is just an encyclopaedia without a narrative. So the film is going to be a completely new and undiscovered plot for all fans! The screenplay of the film is also going to be released soon so keep an eye out for that (it isn’t difficult to miss, pretty much every book store has a sign outside about pre orders!) If you haven’t read the book, you won’t be missing out on the film since it isn’t the story, however, you will have extra knowledge on all the magical creatures that will feature.
UK Release Date: 18th November 2016 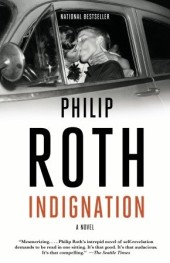 I hadn’t heard of this book until I found out about the film earlier this year. However, the film has had pretty great reviews and a few people I know saw it at Sundance and were very impressed! I’m really excited about this one mainly because of the positive thoughts I’ve heard about it. The story of the novel is set in 1951 and follows Marcus Messner, an American college student transitioning into adulthood and trying to find his own way apart from his oppressive father. Both the book and the film have great reviews and I’m excited to grab myself a copy before seeing the story played out on screen.
UK Release Date: 18th November 2016

There are tons more adaptations out in the coming months and it would take a large post to list them all! Let us know if you are excited for any or plan to go and see them when they are released!