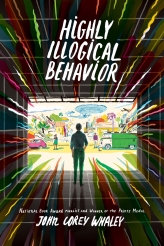 I’ve literally just finished this novel, and I fell in love with a character that I didn’t think I would. Clark is the boyfriend of Lisa, a girl trying to find out about the boy who hasn’t left his house in three years after suffering a breakdown in school. He seemed like such an unexciting side character in the beginning, however the more the book went on, the more I could imagine him as an older brother. He’s caring, compassionate and funny. He’s also not afraid to show off his ‘geeky’ side. He would be the perfect brother.

Evie Snow from On The Other Side by Carrie Hope Fletcher
Evie Snow is a bit of an eccentric know it all, in a really good way. She’s highly intelligent and creative, and is comfortable completely with herself and her feelings. I spend a lot of time reading On The Other Side thinking about the family dynamics and aspects to it, Evie herself had children, with a man she didn’t love. But I don’t wish Evie was my mother, I think she would be a great auntie. She would be the type to constantly keep you inspired, never shout at you (because that would never be her job) and to give you the confidence you need in yourself to succeed. The more I think about it, the more I really do wish she was my aunt!

Aristotle Mendoza from Aristotle and Dante Discover the Secrets of the Universe by Benjamin Alire Sáenz
When I read this book, I completely fell head over heels in love with Ari. I saw bits of myself in him which made me connect to him easily but something that struck me and upset me was how distanced he was to his siblings. I would love for Ari to be my brother, to be a sister he could talk to. All he wants is family he can turn to and open up to or even just hang out with but he can’t see his brother and he is not at all close to his sisters. To be a supportive older sister to Ari would be the best. He would be an annoying little brother but one you’d love and protect no matter what.

Luisa Rey from Cloud Atlas by David Mitchell
I’m not sure what exactly made me think of Luisa, but I just would absolutely adore her to be my auntie. In the novel, she looks after a kid who lives near her and she is so adorable and helpful to him but she’s also a tough, ambitious woman. She is a strong reporter and she keeps going every time she gets kicked down – and worse. She has to deal with a crazy situation which comes out of nowhere and she handles it because she knows she can and Luisa never backs down. Having an auntie as tough and cool and amazing as Luisa would be brilliant. She would support your dreams and help motivate you always.

Celia Bowen from The Night Circus by Erin Morgenstern
I adore The Night Circus and from the moment she arrived I loved Celia. She is one of the protagonists of the novel and I would love to have her as a sister. She can perform ridiculously beautiful magic, is a lovely human being and cares deeply. Plus, being her sister could mean I could also have some magical talents so that would be a bonus! The perks of being her sister would be endless because you’d also be able to hang around the circus all the time! She would be such a fun and cool sister.