Another week, another top 5 Wednesday! The theme this week is favourite first sentences of a book and as someone obsessed with quotes, I have been really excited to write this! Much like a first impression of a person, a lot can be said about the first impression a book gives you. The starting sentences are important – for me, I like to see how the character and their personality is shown to us. Here are some of my personal favourites.

“It was a pleasure to burn.”
I still haven’t finished this book (oops) but the first line always sticks in my mind. It’s straight to the point, and throws you right into the story and the mindset of the protagonist. I also love the uncomfortable feeling it gave me – how dare someone not just burn books, but enjoy it! I knew what the story was about going into it but this line really just hit me.

The Secret Dreamworld of a Shopaholic by Sophie Kinsella

“OK. Don’t panic. Don’t panic.”
This may not seem like an obvious choice but something rather different to other books is that these three lines (with slight variations) are how every book in the Shopaholic series begins. I love the familiarity of it. Whichever one I pick up, I am transported instantly back into another one of Becky Bloomwood’s precarious situations. Whether it be a major crisis or a trivial matter, it always makes me smile to come back to the haphazard, loveable mess that is Becky. If these first lines don’t sum up her character then I don’t know what does.

Harry Potter and the Philosopher’s Stone by J.K. Rowling

“Mr and Mrs Dursley, of number four, Privet Drive, were proud to say that they were perfectly normal, thank you very much.”
I feel like I always list Harry Potter but…it just fits so well and is so close to my heart! The first line of Philosopher’s Stone doesn’t mention Harry at all but begins to set up the family he had to grow up with. It’s very matter of fact and is clearly targeted at a rather young audience, but that’s the joy of it. It has a perfect tone of fun and playfulness, a style which continues in the early books of the series. The happiness is mostly found in the reread; as soon as you see these words, you are taken back to Harry’s very beginning. 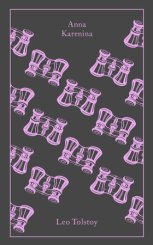 “All happy families are alike; each unhappy family is unhappy in its own way.”
I couldn’t make this list without including possibly one of the most famous first lines of literature ever. (Well, I could have, but still.) It’s an iconic line from a classic novel. It perfectly encapsulates the story and all of the character arcs. The novel is based on unhappy families and their members, the introspective thoughts and feelings of the characters are very much based upon their families and how they fit in.

The Catcher in the Rye 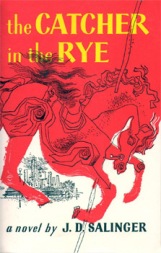 “If you really want to hear about it, the first thing you’ll probably want to know is where I was born, and what my lousy childhood was like, and how parents were occupied and all before they had me, and all that David Copperfield kind of crap, but I don’t feel like going in to it, if you want to know the truth.”
I want to end on one of the longest first lines of a book I have ever read. I love The Catcher in the Rye and the way Holden speaks is so pretentious and rambling but I adore it. It is such a cleverly written book and there is no better way to introduce both the character and the story than with this huge line. As soon as you’ve read it, you know how you feel about Holden. His voice and attitude cement into your mind and it is so vivid and clear, which is a brilliant feat for just one line, in my opinion.