As it is the last day in June, we are celebrating the fact that June has been pride month! This means there are plenty of celebrations for the LGBTQ+ community and everyone around them to show that they are proud of who they are. Being a part of the LGBTQ+ community is important to us on the blog, not just because some of our creators are themselves LGBT, but because it is generally such an accepting and loving group of people to be apart of, we think everyone should have that mind set.

Obviously in the month of June there has been some massive events that have happened for the LGBTQ+ community, not all of them good. We created another post on why we think LGBTQ+ books are important that you can read HERE. While writing that post we got thinking about how well LGBTQ+ books are written and if we think they stereotype or are quite realistic. That is why we have come up with a few LGBTQ+ books that we think are the most realistic and ‘well written’ in regards to the community and ‘expectations’ of what an LGBTQ+ life style is. Here’s what we have come up with…

You Know Me Well by David Levithan and Nina LaCour
This book has not been on shelves that long, but as soon as i read it i knew that this would be one of my favourite representations of a gay and bi lifestyle. I related with this book an awful lot. It is about two students who sit beside each other in class, however they don’t meet and become friends until they spot each other in a gay bar. This then leads us to follow Kate in her quest to reconnect with the love of her life and Mark to get over his. THe one thing that really did stand out to me about this novel is that yes, the majority of the characters were homosexual, transgender or whatever, but it showed quite clearly that they are just normal people, going about their normal lives in their normal friendship groups that happen to be apart of the LGBTQ+ community. So many novels i have read where it is seen as strange to have all friends that are gay, but in reality, i’ve found if you are gay, you then develop a lot of friends that are gay. Those friendships are no different from straight people in friendship groups. This was written fantastically well.

Simon Vs The Homo Sapiens Agenda by Becky Albertalli
If you’re a regular reader of this blog you’ll know that i’ve not long since read this novel, but i had to include it in this post. Becky gives a very true impression of a young boy who has yet to come out to everyone around him. The story follows Simon as he starts to come out slowly to the ones around him, and then due to unforeseen circumstance, he is forced to come out to the entire universe. Sadly events like this do happen daily, and it’s not fair on the victim. That’s why i feel like this is a very true representation of a young gay person. Simon himself has a very clear and unique voice, and you definitely get a sense that he thinks being gay is simultaneously a huge deal, and not a deal at all. That’s something i can relate to and i’m sure so many other people can relate to that. 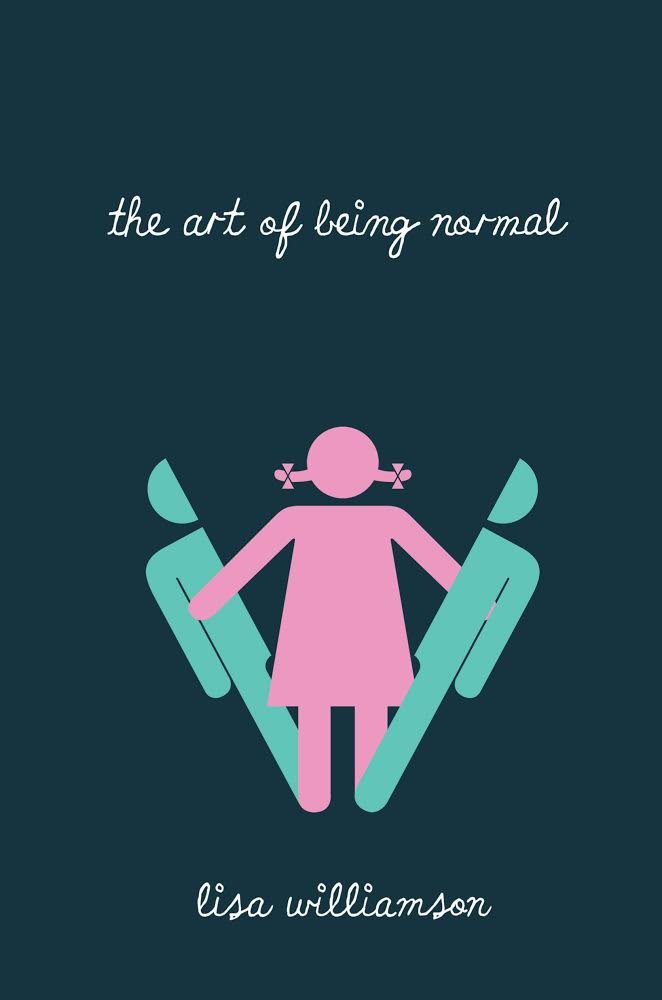 The Art of Being Normal by Lisa Williamson
This is a book I have only just finished reading and reviewed (you can read that review HERE) and I feel it is worthy of a place on this list. Its storyline focuses on being transgender in school and how this affects day to day life. I feel the representation of being transgender has been done very well as it looks closely at two different story lines about how people are coping. However, as I said in my review it did seem unrealistic that the characters would meet and form this unlikely friendship. This is only a small issue though, as looking at the characters individually I feel they give a strong representation of being transgender, looking at both the extremely difficult times as well as the really good. Another thing I feel that is important in this book is the ‘coming out’ stage. It is so often portrayed that parents are unaccepting of their child being transgender and this is something that could potentially scare many people. This book is good in the sense that it looks at a positive reaction and shows the readers that this is a changing world where more people are educated and accepting.
The main thing that writing this list has taught us is that we don’t read enough LGBTQ+ books. We have all come to agreement that we need to read some more LGBTQ+ novels to get a better idea of what is done well in the genre and what isn’t so good. If you have any recommendations for us that would be great!

One thought on “The Most Realistic LGBTQ+ Books (Happy Pride!)”